Let’s start with this shipper had no reviews so I should have known better to begin with. However, they seemed nice and there’s so many snakes dropping on the market right now due to what’s going on I honestly thought they were just downsizing.

They charged me 80 dollars for shipping which I thought was alot usually it’s about 60 but I do live in the very north. Then she arrived today, they had shipped with no foam, no bag just open in the box! When she arrived and I got her out she is STILL not moving correctly at all! I immediately contacted the seller because I’m honestly surprised she made it alive. They said send them a picture which I did, they replied that they didn’t know what happened and would check with their employee.

Then got back that they would refund me 50 of the shipping. When I said look I’m looking at vet bills on a holiday weekend if she doesn’t get better. She is not AT ALL moving correctly and I’ve bought multiple times from morph market and never seen anyone ship like this nor any snake move like this. I have quite a few.

Then they said well she has a wobble so it’s probably not all shipping. I replied that a wobble was never revealed to me nor as someone who is looking to breed the snake which I had discussed before purchased is a trait I can use (if this is a wobble it’s a huge one). Then they replied back well she doesn’t have a wobble??? At this point it was obvious they were just going to say whatever they could and I’d been scammed by someone who obviously doesn’t care about their business or their reptiles.

Then they sent a next message on how the breed has a wobble and a link with more information? After saying she doesn’t have a wobble? I replied back well if she doesn’t you definitely messed this snake up by shipping it so carelessly.

I honestly can’t believe this poor girl is alive. I asked them to refund me and they wanted me to pay to ship her right back in order to refund me which I’m pretty sure would kill her not to mention they were already lying so I’m sure the refund wouldn’t happen. I can’t even imagine sending this poor snake back to them nor shipping her in this condition. I feel so bad for this girl and can’t imagine encouraging someone to ship knowing the animal isn’t doing well.

So upset right now I knew better than to go with a non reviewed seller I feel completely stupid and I feel even more sorry for the snake. She looks half dead. I’m waiting hoping she gets better if not I’ll be attempting to get into the vet on a holiday weekend. I can’t imagine sending her back with the way they’ve acted and already treated her. This is my first bad experience with morph market. All my other purchases have been stellar, I’m completely disappointed and very concerned for any of this seller’s other snakes.

First, what morph is the snake? Second, what did the temps get to the day of shipping (did they have a cold pack or anything?) and how long have you had her? How long have you left her alone? At least a week straight is needed, 2 weeks if you bug her a ton after getting her, and even a full month with certain snakes (especially those that wobble). You need to ask for a refund on more than just the shipping cost if she has any issues that the vet can see, or force one through PayPal if you didn’t make the mistake of using “friends and family” to pay. Stress is a huge factor for the wobble, and being overly stressed can make a snake that had little to no wobble suddenly have the worst wobble ever.

That’s horrible. Do u have pictures of how she was shipped? Like she was just loose in the box? 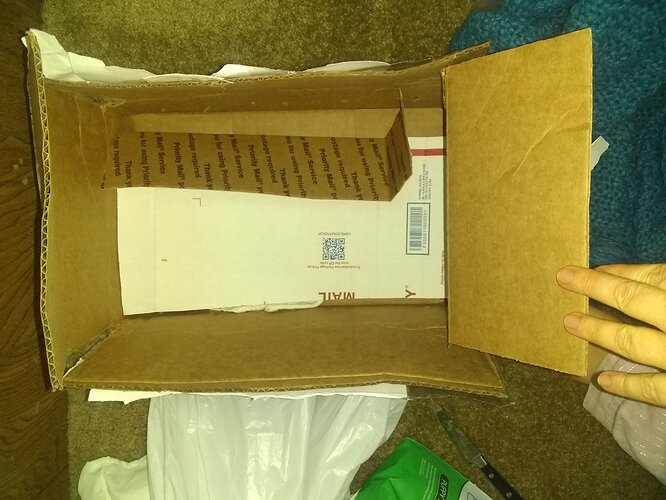 Refer to my post above on what makes wobble worse, and extra cover in the tank (less stress)/lower temps at 86-88°F can make it better too. I am confused on how you didn’t know this, but ALL spiders have some form of a wobble. If you didn’t know this, then you definitely need to do more research on BPs. I don’t blame the breeder not telling you since I myself would assume that everyone should know this very easily obtained piece of information. Here is a list of all the morphs that have issues;
https://owalreptiles.com/issues.php

Like I said if this is a wobble it’s the biggest I’ve ever seen it’s like she’s an old person holding on to things or pushing against them using her entire body from multiple places.

Almost like she’s very disoriented her head turns slow when she changes it’s directions. She’s barely moving little bits of her body at a time while bracing against everything in order to barely inch in a direction. If this is a wobble I’ve seen videos and this is wayyyy worse than I’ve ever seen. It seems like she was rattled in shipping even the box looked smooshed in one corner before I opened it. It didn’t have the new box look anymore. It’s like they just used an old box stuck a label on trapped her tail in place and shipped her out.

Any change in an environment can cause higher stress in a snake, and therefore more wobble. Chances are this snake didn’t have much of one when it was with the breeder, given it has nothing to be stressed about since it is used to everything.

Can you answer the questions on my first post? It will help determine if it is just a wobble or damage from extreme temps. Only thing that will reveal if anything internal (broken bones) is wrong is an X-ray.

Did you just get the snake today? Or?

Yes, she came in today. It was a few degrees cooler when she arrived.

Then I don’t think it would be damage from extreme temps. As stated before, leave them alone for at least a week, no bothering them at all expect for water. Keep the temps on the hot spot at 86-88°F (higher temps make the wobble worse) and make sure she has a ton of cover. If she isn’t showing improvement in a week, or if she suddenly gets worse when you go to give her water, take her to the vet and ask for X-rays. Wobble can get pretty bad when they are extremely stressed, and given she was shipped poorly, she might be pretty terrified right now.

Not siding with the seller, just trying to troubleshoot a snake known to wobble. That is usually how most wobble morphs work, once they are shipped to a new environment the wobble can suddenly go from near 0 to 60. It can take it up to a month (sometimes more) for the snake to calm down enough to go back to normal. That is with proper shipping, so bad shipping can make it worse.

If they will refund you first, ship her back. You paid before they shipped her to you.

And don’t buy from them again.

From the sound of their first post it seemed like they didn’t know this morph could wobble, or at least that not all of them had a wobble. There are many people that jump into the hobby and don’t know this because they don’t do research, it happens a lot (especially on these forums given how much basic info I have had to give to people).

I mean IF you see some visible damage or injury. If not, I mean their shipping job sucked but if she makes it I would just care for her as normal, maybe not offer food for a couple weeks to give her more time to settle in.