Pastel in a BEL?

What do you think? This pic is highly altered to highlight the faint yellow dorsal stripe. Pastel?

What say you? Other than proving it, any hints on the ghost vs het ghost? 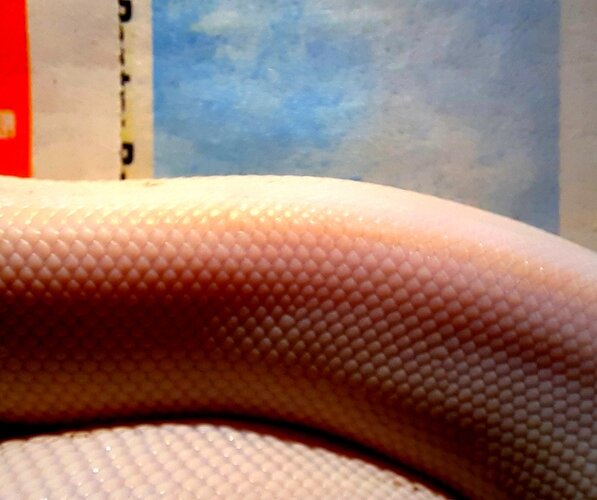 If it is altered and also in bad lighting we can’t tell what it has.

Pastel wouldn’t cause a yellow stripe to appear along the spine.
I hatched out a clutch from a super mystic x butter pairing, and the butter mystics all have faint yellow striping on them.
Here’s some pictures — don’t worry about the head injuries, they were caused by the snakes trying to escape their tubs. The rack I bought was poorly designed, but the guy who built it replaced it for free with a better built one. 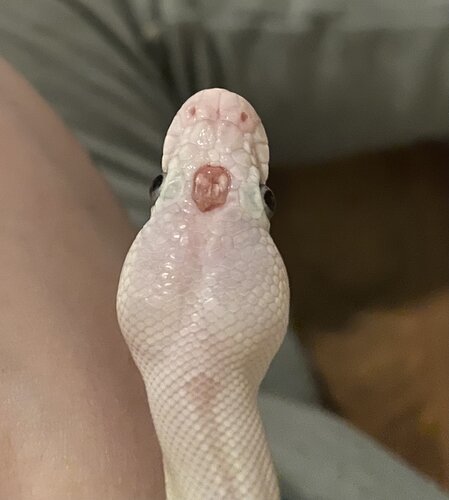 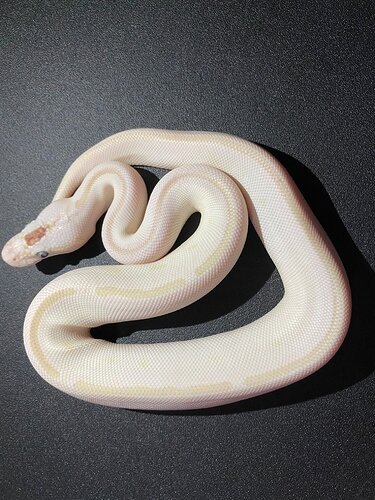 Even my pastel super mojave girl had a faint yellow stripe along her spine, though it seems to have faded with age.

Here she is, one pic with her future boyfriend (my super mystic male… also note her head looks dirty because she somehow got poop on it) and one that shows her head a little better. A pastel super mojave would have a lighter head coloration, like how she looks. Definitely check the head patterns! 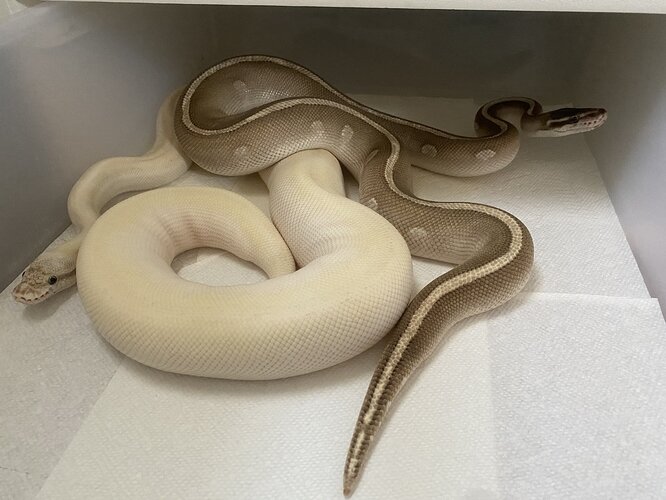 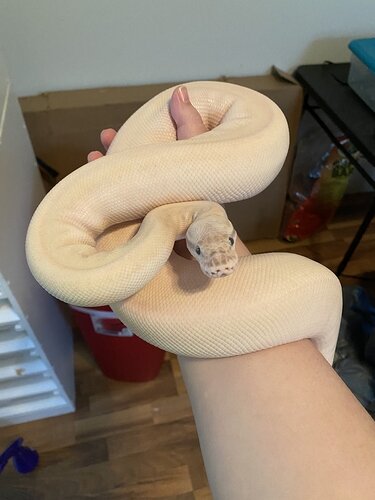 I realize it’s all speculative. I bought it only as Super Mojave het ghost. So no let downs.

I altered the photo I posted for the sole reason to highlight the yellow stripe that is all but imperceptible to my name eyes.

I’ll get some regular pics as well.

@trnreptiles thanks for the cool pics and insight. Nice snakes.

I’m unaware of any way to visually tell pastel on a super mojave. Many of the BEL combo have yellow dorsal stripes. It will be a fun animal to breed and figure out.

Yup, I agree 100%. It’s the fun of the hobby and of discovery. I hot him for the specific super mojave. Anything (everything?) Else is a bonus.

No way to tell.

For kicks, here’s his head. Looks pretty nondescript to me, but maybe you all see something of note. Unaltered macro photo. 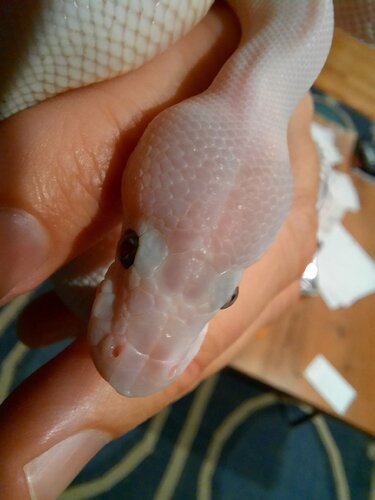 I don’t know of any way to tell if pastel is in the mix, but banana has a neat little trick… How to tell if your Blue Eyed Leucistic is also Banana

Maybe we can find some more ways of IDing genes in BELs.