Our pairings of Xenodermus javanicus may have been a success! After having paired one of our females with a suitable male at the beginning of November, I recently began noticing some major signs that indicate she may be gravid. To avoid possibly compromising their willingness to breed, I did not want to disturb them for viewing purposes and thus did not witness copulation; however, I did catch a glimpse of what I believe to be breeding behavior. Although my view was a bit obscured since both the male and female were under a hide, I clearly saw the male rub against the female rather sporadically, narrowing in near her tail and then back up her body again (as you often see with various other species of snakes). They spent their time curled up with each other the entire time, until the last couple weeks – the female and male have been keeping themselves separate lately, which leads me to believe the female is rejecting the male after successful copulation. She has been looking exceptionally plump lately, and I am anxious to see rather my suspicions are correct! Time will tell. I will keep the threads updated with results. 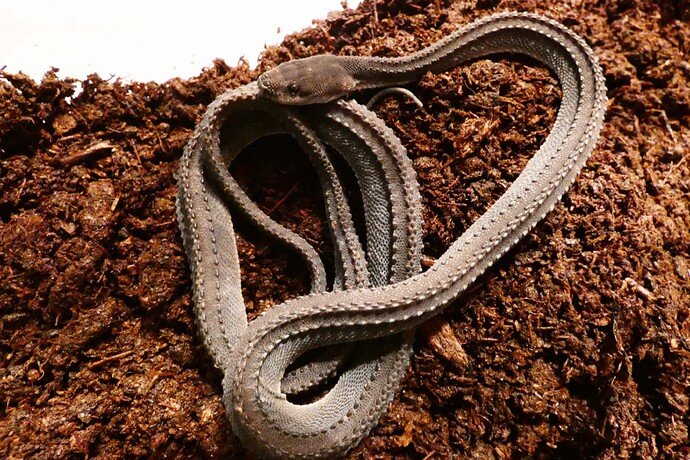 That’s so cool! I would love to see their babies.

I will certainly take several photos and provide plenty of information if she produces eggs for me. Hopefully we can successfully hatch some viable CB babies and begin our captive conservation plan.

Omg how exciting! Hoping to see a clutch update!

So awesome! I was just talking with my partner about this species and how awesome it would be to see captive bred Xenodermus. Wishing you the best of luck and staying tuned for babies in the future!!

I would imagine that getting the babies feeding could be quite an adventure. If you have not already, you might want to consider getting a nice colony of vittatus or the like going…

So awesome! Be careful, I heard that the babies breathe fire

Wow that’s really amazing.
If I’m correct, you would be the first person to successfully breed Dragon Snakes in captivity.
That is truly a milestone for this hobby.

I keep colonies of Gambusia affinis and various frog species of the genus Hyla (as tadpoles and developed frogs). I’m thinking they’ll take up on on one of them! I’ll offer it to them as I do for all newly acquired Dragon Snakes – put the feeders in the water dish under their hide and wait for them to disappear.

I don’t think I’ve ever heard of this species ever being successfully bred in captivity. This is super cool! Hope you are successful! For sure keep us posted!!! Best of luck!

This is so cool! I recently stumbled on this species and have been in love ever since. Please give updates!

Congratulations and good luck. By any chance are you expecting eggs or live young or is it known.?

We are expecting eggs

Thank you everyone for the support, she is in shed at the moment and we are hoping it is pre-lay shed!

Hoping for the best! It would be great to have more CB of this species!

would you be the first one? because I never heard of CB ones

because I never heard of CB ones

Unless someone is keeping it a secret, Dragon Snakes have never been successfully captive bred. @creaturesofnightshade would be the first one to do so.

Congratulations! Everything I’ve heard about this species has been concerning how fragile they are. Would love to learn more about your husbandry and am interested to see if the CBB will prove to be somewhat hardier. Congratulations again!

Congratulations on being featured on Clint’s Reptiles! Everyone should check it out. 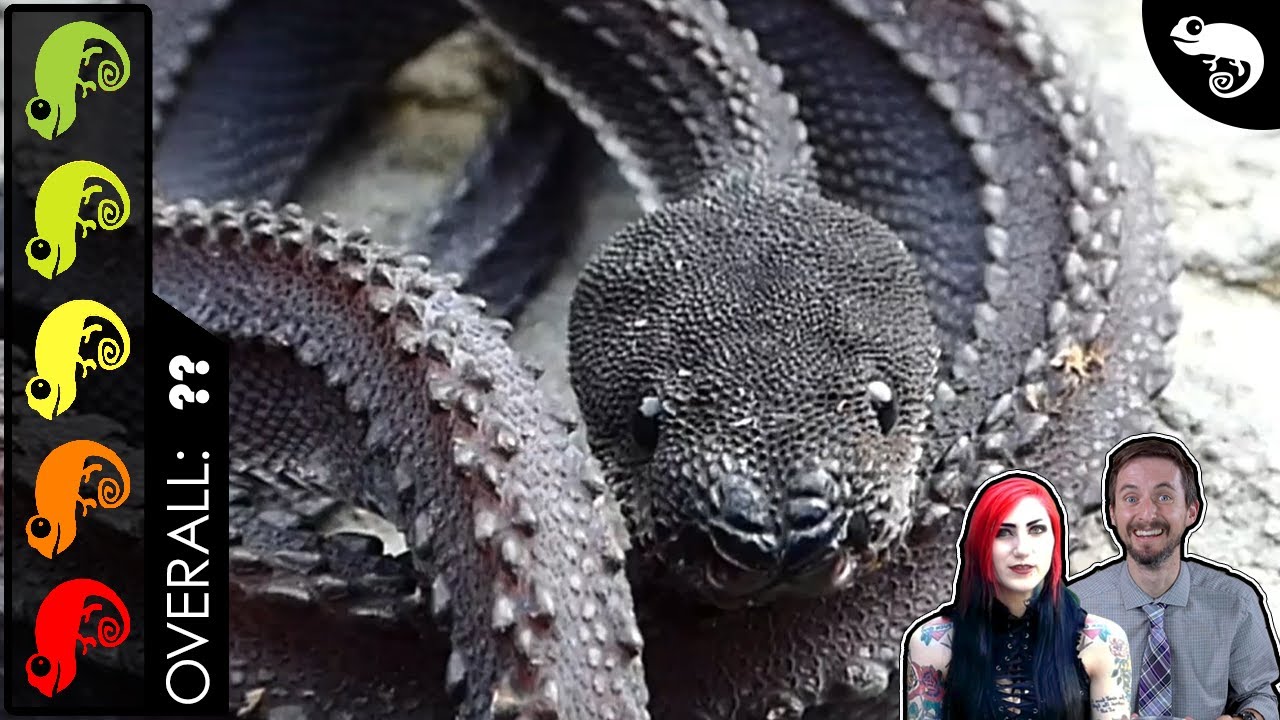