Hey everyone, I have a question about the Rainbow gene. I just bought a female Chocolate GHI Mojave pos het Rainbow and even though I had heard of it before, I don’t know much about it. All I know is that it’s a type of Albino that isn’t compatible with regular Albino and it seems like not many people work with it. Do any of you work with it, and do you like it more or less than the more well-known types of Albino? I bought the female mostly because she is almost breeding size and because of the GHI and Chocolate genes, but I might try and prove out the Rainbow gene one day if I can find a good male for her. If anyone can give me any more information about the gene, then it would be appreciated.

As far as I know only 2 sellers on MM work with it and it is also very new and was only discovered less than 10 years ago. I personally do not work with it but have read into it a bit and from what I gather it is a very exclusive and high end project and I have seen visuals going for at minimum 4k or more.

Yeah, I noticed that they were pretty expensive lol. From what I could gather, the people that do work with it are still trying to learn more about it as well. I guess I will be holding back a bunch of her babies to see if any of them prove out. Thanks for the info!

That could be a possibility, though wouldn’t the prices drop pretty quickly if that were the case? I know that it’s pretty new to the hobby, so that is probably why it’s still expensive, but it also means that there is still a lot to do with it to make the adults look better. Unless people just decided to go for the cheaper and more well-known albino morphs which I couldn’t blame them for if the Rainbow gene turned out to be a bust lol. Hopefully my girl will prove out and I can work with it myself in the future to know for sure. It’s kinda funny how I only bought her for the GHI and Chocolate in her and now I want to try and focus on the Rainbow gene lol, but I bet a GHI Mojave Rainbow would look awesome!

I’ve been following the project for a while but because I have a rather large portion in the Candy/toffee project I haven’t bought into it…yet. I know the people working with it are still trying to figure it out most likely due to the variation in the adult colors. I like how everyone who did invest in the project kept their values high while still trying to figure things out though, definitely a plus! Actually I did start seeing

% hets going for under $1K I believe?.?. Either way, I like it probably due to it being different from the albino’s, Lav’s, etc…but still in the same area in terms of colors. Still think it’s a great project to look at if I didn’t also like the candies as adults, imo the best adult T-‘s!! Probably once figured out & if someone with good marketing skills gets into it “sky is the limit” possibly!! 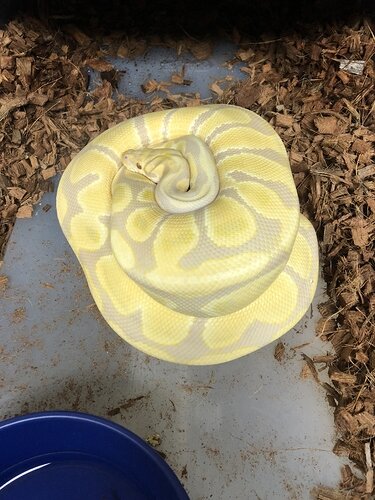 but still in the same area in terms of colors

This is an adult Rainbow. I do not see it being anything close to the same area of colour as a Candy/Candino. 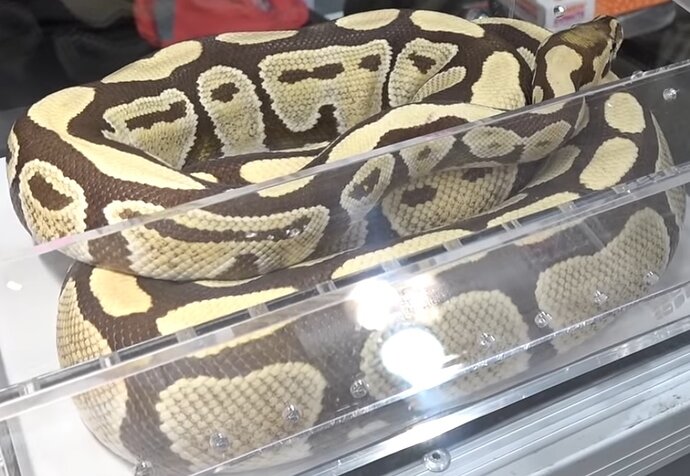 Beautiful snake! I hope my girl proves out, but even if she doesn’t then at least I have a really nice Chocolate GHI Mojave to breed with in the future. 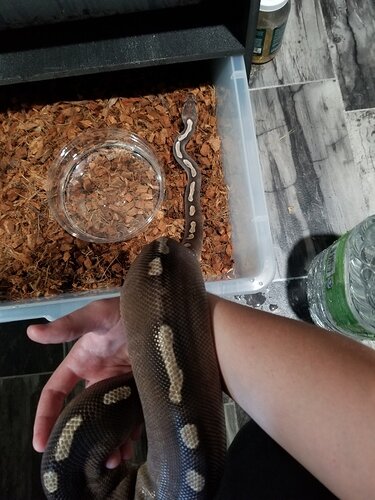 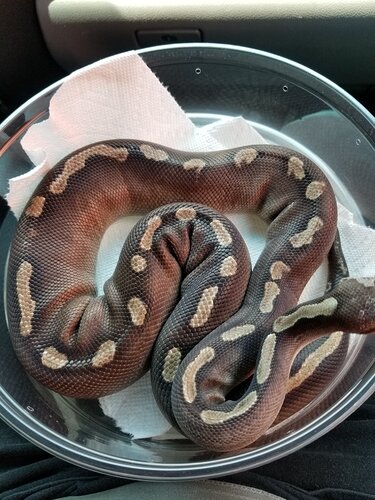 It almost looks like a Monarch, which is really interesting. I believe that some Rainbows look pretty much like normal Albinos and some start to look like that as they get older. It’s an interesting gene for sure.

That is an incredible transformation! I had no idea these colored up in such a way. I wouldn’t necessarily look at it as a bad thing personally since they appear so different from other T- options on the market.

Definitely right there, I think at the time I wrote it I was more talking in terms of T-,+’s recessive arena…isn’t that also just “one of the looks” of the adult rainbows at the moment? I think there’s only about 4-5 adult rainbows I’ve ever seen posted to show the variation in them…still a great project imo

The originator of the morph has had animals for going on a decade so I have to believe there are significantly more than 4-5 adults out there. The video I grabbed that still from, the breeder had, I think, four on his display table and all of them had that same basic colour (+/- given the other genes in the combos)

I gotchya but like I said, I’ve only seen about 4-5 adults in pictures only (well a few more after this post) 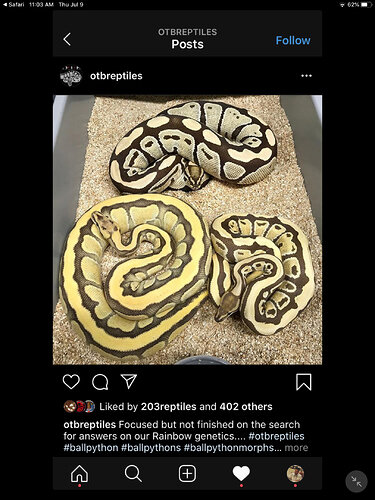 image1620×2160 890 KB
and the one picture my memory is going off of is from OTB a while ago that I’ll post below/above, which shows more variation IMO, which now that I’m looking again is probably due to the other genes…I’m still having a hard time with the actual originator though only because of the “rainbow” that was created in Brad’s GHI clutch was what I thought was around the same time it was also found overseas. Again though, my main point is that I still feel it’s a great project for someone to dip into and explore whether I feel it looks similar or not to the Candy or any other T-,+’s out there…to each their own either way!!
walkergirl July 9, 2020, 3:42pm #14

I’m just going to post a few visual Rainbows that I managed to find on Instagram, none of these are mine obviously but I wish they were lol.

Screenshot_20200709-113717_Instagram1080×2220 886 KB
They seem to have a lot of color variation, but I have no idea why some of otbreptiles’ Rainbows look more like Monarchs or Ultramels, maybe they have something else floating in their genetics?