I know @t_h_wyman is already a supporter, but if any of you aren’t participating yet please consider packaging and sending your BP sheds to Hannah at the Ball Python Genetics Project. They are currently accepting sheds from all animals with KNOWN genetics. Package DRY sheds in sandwich baggies and label all morphs. Send them to:

) so I’m sure between all of us we have a good amount of data to contribute! 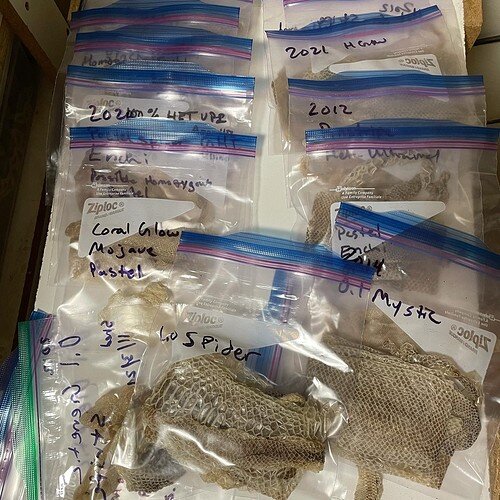 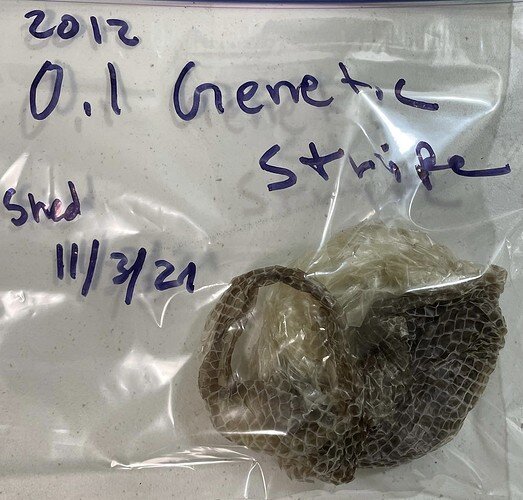 Thanks for the information @ballornothing! This is super neat for real! Think I’m getting on board!

I wish we had this in the UK I would be in. Fantastic research project

I’m gonna pin this for a few days to get it some well deserved attention. This is a great project that the whole community should embrace.

Here’s something from another thread on here:

Here is a general overview of how the process works:

The source and morph of received sheds are recorded, and sheds are then stored in the freezer to kill insects. Snake sheds are then washed and divided into equal portions, which are placed inside 1.5 mL tubes. Lysis buffer is used to perform DNA extraction. The extracted DNA is then purified, and undergoes PCR reactions. PCR reactions use restriction enzymes to fragment the DNA at specific sites. DNA fragments are then run through electrophoresis to determine their size. The PCR reactions (DNA fragments) are also sent to an outside source to analyze the DNA sequence. The DNA sequence data is then returned to us and compared to the DNA sequence of our known wild-type morphism to check for mutations.

Current progress (albino)
self.ballpythongenetics
The first color morph we decided to study was ‘albino’. We chose the albino color morph because albinism has been well studied in humans and mice, and the genes causing albinism in mammals tend to be highly similar between species. This similarity suggests that the mammalian and reptile versions of these genes function similarly at the molecular level. Mutations in the reptile versions of these genes are therefore expected to cause albinism in reptiles.
We hypothesized that albino ball pythons carry a mutation in one of the same genes causing albinism in humans or mice. To test this hypothesis, we chose seven of the genes known to cause albinism in humans or mice. We identified the ball python versions of these genes, and we sequenced the ‘coding’ regions of each gene in two animals: one normal (wildtype) ball python and one albino ball python. We focused on the coding regions of the genes because the coding regions are the parts of a gene that determine the structure and function of the protein that the gene encodes. Mutations that disrupt gene function often (but not always) reside in coding regions. What did we find? Surprisingly, we did not find any mutations in the coding regions of the genes in the albino ball python.
Our results could mean one of two things. First, our results could mean that albinism in ball pythons is not caused by a mutation in any of the seven genes we sequenced; rather, albinism might be caused by a mutation in a different gene. An alternate possibility is that albinism in ball pythons might be caused by a mutation residing in a non-coding region of one of the genes we sequenced. Such a mutation would have remained hidden to us because we did not sequence non-coding regions of the genes. We are currently performing experiments to distinguish between these possibilities. Stay tuned for updates!

And please please no jerks as this could greatly help our hobby. Years ago someone was collecting sheds and a breeder at the time confided that he purposely mislabeled his samples “to see if they knew what they are doing”. I chided him and explained how counter productive that was at the time and probably should have outed him. I don’t think he is in the business anymore. But don’t be THAT breeder please.

Are they looking for single gene only? Also, dealing with the mites still, but making good progress. If they are freezeing the sheds first i dont believe it would matter as long as its sealed good.

I wish i read this yesterday as all of my scaleless snakes just shed today, and i could have sent a single gene scaleless shed (homozygous, but no other genes) Sadly ive already minced up their sheds and mixed them i to the soil for the springtails and isopods.

Any shed! Even normals. They actually don’t get a lot of sheds from normals. And they clean and freeze sheds because a lot aren’t clean and are infested with mites or other little bugs. The sheds just need to be dry before packaging them or else they’ll start to rot in the bag and that breaks down the DNA

Writing cards and packing these today. 31 sheds going out.

Nice that is a lot of beautiful sheds! I hope that we eventually get that for your species.

Now that I’m in the habit I have to remind myself to throw the other species sheds away lol. 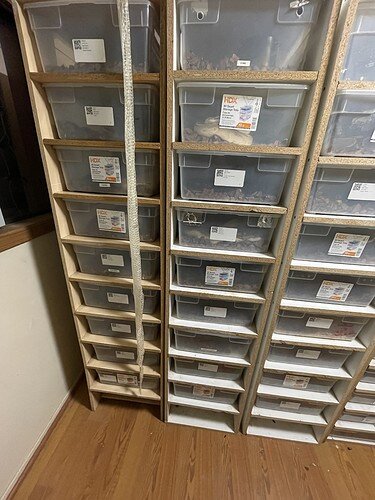 Just a bump for this thread and a reminder to save all your sheds!

This is from a 3000g Albino Het Snow female.

I have to remind myself to throw the other species sheds away lol.

But eventually they will progress to other species, or maybe another team will work on them. Can you not preserve them, so when that day comes they can just say “hey, Dons been sending us X sheds for the past 10 years. Let’s get straight to work!”? 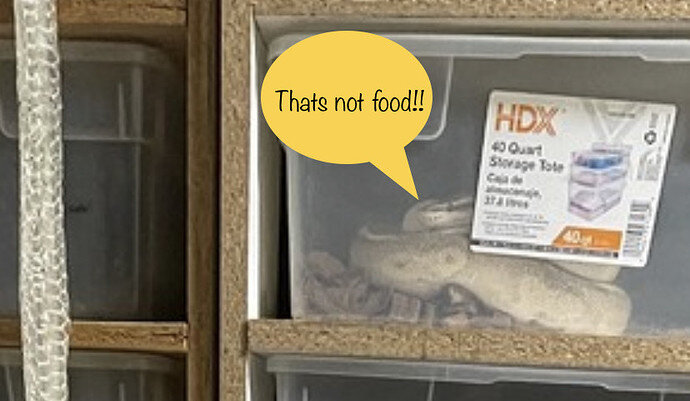