So what got you into Reptiles?

Just wondering what everyone’s story of what got them into herps is. For me my natural background of studying biology and my appreciation for nature and the various lifeforms we are constantly surrounded with has led me to want to explore some of the different creatures life has to offer. Plus all Ive ever had pet wise are dogs. As almost all my top favorite mammal species aside from dogs arent really pet material for the most part my interest for something new led me towards reptiles birds and inverts naturally. Since my jurisdiction currently forbids anything even mildly venomous my attention shifted from tarantulas and scorpions to snakes and lizards. I still dont have a herp yet though.

So what got you interested in these neat creatures?? Whats your story?

Always was interested in animals in general. Used to live in the middle of the swampy woods on the coast of Mississippi. During long wandering walks would see lots of herps. Used to catch lizards like Anoles and Fence Swifts to keep.

Then I got the chance to join a docent program at a local zoo showing off and taking care of most of their reptiles and alligators. Guess that was really the jumping point for my love of them but it’s only within the last 2 years I’ve taken that love to the level of having 14 snakes and the want to breed.

Well dinosaurs we already extinct and Jurassic park did not workout too well for the general public so the next best thing I guess were reptiles.

Just a deep fascination for all things “weird” and misunderstood I never could explain, as a kid my favorite place was the reptile house at the zoo and now I brought the zoo to my house.

I’ve always been interested for as long as I can remember. One of my earliest memories was my dad telling about seeing an Albino Burmese python and my favorite places were the reptile sections in pet stores and reptile houses in zoos, much to my mom’s displeasure. I was 11 when my mom let me get a couple green anoles from Walmart (back when they sold random pets). I caught garter snakes, ratsnakes, and even copperheads as a youth but was never allowed to keep anything without legs. It wasn’t until I moved into the garage at 17 when my mom allowed me to buy my first ball python.

When I was 4 years old, my next door neighbor had a Colombian rainbow boa. I got to hold it, and it was all over.

My sister always wanted a Ball Python when we were younger. My mother would never allow it. I wanted my sister to be able to have one so I would always read and watch all the stuff my sister would, fast forward to 2015 and I meet my SO, he’s into snakes and he teaches me more about them, then I take the dive, saying “oh I’ll just have the one.” Now I have 18 and growing.

The funny thing is that none of my family is really into them. I was the kid who caught lizards, garters, bugs and so on. But one day my uncle took me to a local reptile show when I was 8 and I was hooked ever since. It has been 13 years since and I now have over 20 animals and I dont plan on stopping

I used to love catching frogs, salamanders, and garter snakes when I was a kid. Thought they were the coolest things ever! 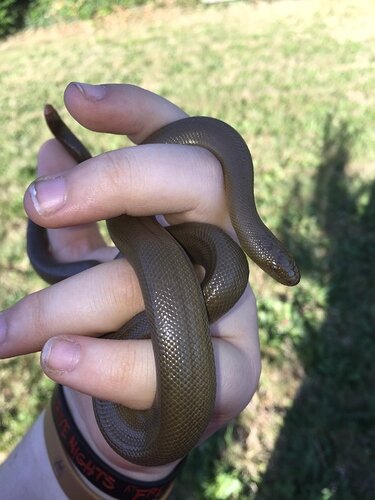 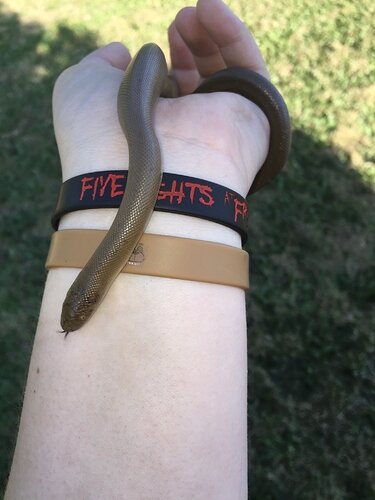 In 2018, I bought my first ball python, Delta. It was a impulse buy, but I don’t regret it one bit.
Now I have 18 ball pythons and 2 western hognoses, and am expecting a clutch from at least one of my ball pythons.
I think I’m gonna see about picking up a blood python/short tail python when I’m at Tinley next month, and might look into trying for hybrids in the future. I think the superball looks really cool, and I’m curious to see what happens when you pair something like a banana morph ball python to a blood python.

Depression and it being a time commitment

Allergies. My daughter is allergic to anything with the exception of guinea pigs with fur, she is allergic to the hay so we can’t have them either. I have to have a pet. So her allergist said snakes or lizards, no turtles or tortoises. So we have ball pythons, a king snake, hedgehogs, a horse and chickens. She is not allergic to birds, but is nuts and sunflowers. We suspect when we had the cockitiel she was reacting to the food. So my friend who breeds tiels, is going to raise a baby on the nut free pellets so I can get one.

Back when I was around 8-15 my brother and I would go around picking up all the rocks, logs, anything that might have something under it. We would often find ring neck snakes, chicken snakes, copper heads, and rarely a rattle snake once in a while lol. We would have watched Steve Irwin and go catching the critters we could find. We often ran rat snakes off the roads so they wouldn’t be run over, caught fence lizards and put them where there were more bugs, and sometimes keep some lizards for a few days to learn about them. Once my brother out grew his passion for catching them I wouldn’t go alone so there were a few years that we never messed with them.

Last year there was a MASSIVE rattle snake on one of the back roads near our house. We stopped for it and I dove out and picked up a long stick from the ditch. I gently poked it to turn around (to go into the woods and not a person’s yard) and eased it off the road. It rattled just a little bit when on the road but it never hissed or got huffy. Once it got off in the leaves it took off and I was hooked!

Took some convincing to let my parents let me get one ball python, then my dad decided that I could have 2 since they were small babies. A month later a coworker told about how they couldn’t get their ball python to eat and would give it to anyone who could get it to eat. Never refused in my care once I put it in a tub. Then I got another. Then I went and got a rack system and “forgot” to mention that it came with snakes lol. So went from 4 to 10, my dad wasn’t mad but he was impressed that I already knew what they were and how to care for them and what they were worth. Then I got my boa, so that’s 11. Sold all but one that I got from the rack deal and made my money back (basically I got a snake and rack system for free). Then Repticon came around and I got 3 during the event, 1 a week later, made friends with the breeder and got 3 more 2 weeks after the first. Got 1 hoggie just a week ago for future breeder.

“Going herping” where I grew up was going outside.

My stepdad brought me a pair of “harmless” hatchling coral snakes when I was 8. He tore a stump out of someone’s driveway and they popped out. I had them for a year before someone sorted it out.

It’s been a wild ride since then.

You kept coral snakes?! I’m so jealous. But I’m glad someone told you before something happened

Coral snakes huh? Maybe he mistook them for their harmless milksnake counterpart perhaps. I dont think he would have let you keep them if he realized right away they were dangerous. Im glad your ok and that nothing bad happened considering you were playing with neurotoxic fire every time you fed/interacted with them. Babies arent generally as good at regulating their venom during a bite as adults so dry bites are hard to come by since they usually give all the venom they have. I presume when their true identity was discovered they were either safely released into the wild or sent to a zoo or something right.

I was too young to remember if the “friend of Jack” rhyme matched ours or not, because it seems there are plenty that don’t match that rhyme, but we were calling them milksnakes. We just couldn’t figure out why the rodents were dying before they started eating them…

They went safely right back to where he found them.

There are a lot of tricky snakes in that area. Harmless water snakes that look nearly identical to cottonmouths. Supposedly you could become envenomated by some of the colubrids (see black racers) after they had eaten a local rattlesnake but I’m not sure that was true.

My sister had got an adult ball python and at first I was terrified of it. I even asked her if it would bite be because I smelled like Cheetos

But she fixed me to hold her and I realized they weren’t bad at all, in fact it was therapeutic to hold them with the way they feel. After that I quickly escalated from one ball python to all kinds of other snakes, and I’m in the process of getting ready for my first lizard, a tegu!

Im hoping to get my first ever reptile later this year. Although it was a toss up between uromastyx and corn snake Im gonna aim for the Uromastyx geyri lizard. They are primarily vegetarian lizards from the desert regions of north Africa and the middle east. Although they require extremely high heat and UV their easier to feed and I think Id do better with them @morgxnstxrn

If you are looking for a animals that doesn’t eat other living things you could also go with a egg eating snake. They eat quail eggs only and they are smaller than a full grown corn or kingsnake. I considered getting one myself

How did I never see this one… well the simple answer is birth I guess. Dont really know how to out any finer a point to it honestly. I don’t know how most folks are but I have memories going back pretty early… like 2 or 3 years old which seems crazy to me, but remembering things that happened around those ages that my parents never told me and then having them reaffirm when I ask hey what was this or where was that. My point being that even in all that I dont remember a time when I wasnt fascinated by things that crawled. I remember teasing the wild rats under our trailer and chasing frogs and green anoles around trees. I remember somewhat less fondly my older brother and his friend throwing a rolled up newspaper at a beehive in a tree in our front yard until I got stung in the face, but i still wanted to watch the bees. We moved out of that trailer before I turned 5 so I know I was young. I remember taking box turtles and skinks to school for show and tell. So yeah best I can figure what got me in to reptiles was birth. 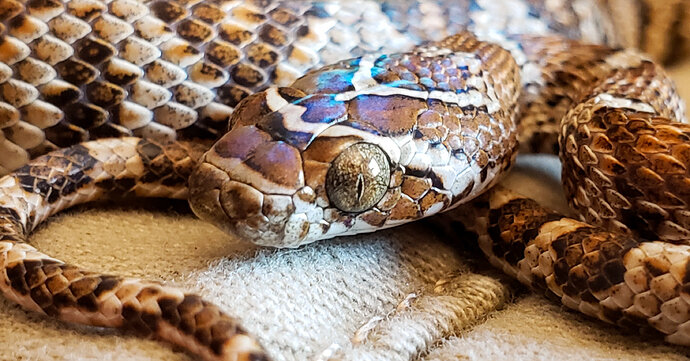