Spotnose and Chocolate Are Allelic?

So I just watched a video from Justin over at JKR and although I do not believe him outright saying that they were allelic he did at least suggest that they possibly were because he mentioned that out of all of his combos that contained spotnose and chocolate he did not produced any normals and they all either had chocolate or spotnose. Do any of you guys have any info or opinions on this? If i am also missing anything let me know! 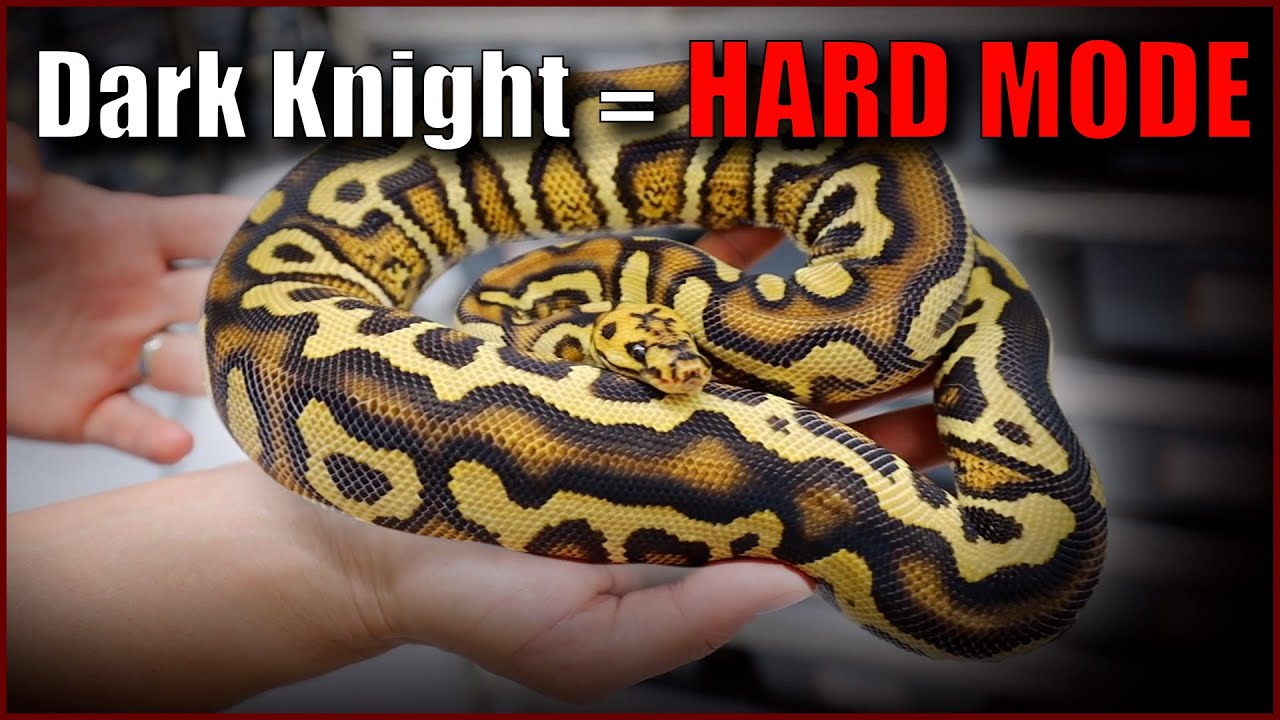 It will be interesting to see how this one shakes out. Chocolate is one of those genes not a huge number of people are working with and i know i have a hard time with seeing it certain combos.

Agreed. The pro of it being Allelic would mean that it would be easier to make a chocolate spotnose clown thus driving price down a little bit and making more affordable right?

I would like to see it repeated in someone else’s collection (and maybe without Clown being tangled in to everything) but based on what he put in there it certainly looks possible.

Yes, chocolate and spotnose are both part of the spider complex and are therefore compatible, along with spider, champagne, HGW, woma, sable and blackhead.

It makes it harder to get a chocolate spotnose clown because you can only make one with a pairing where both parents have at least one of those genes each. It’s the same reason supers and visual recessives are harder than double inc-dom.

So now it’s known that making a chocolate spotnose clown is about as hard as a double recessive like clown pied. (although practically a little easier since you can reliably ID the heterozygous chocolate/spotnose)

i have not heard of chocolate having a issue with wobble, can you share where you got this information from. Also spotnose in it’s single gene form does not have a wobble, only in super form can a wobble be seen.

I have heard spotnose when mixed with spider and other wobble genes that they have a worse wobble than normal. Though I haven’t heard anything about chocolate being a wobble gene at all, so I don’t think they would be part of the spider complex.

yep spotnose when mixed with hgw or champagne can show a wobble but on it’s own does not show a wobble, so in my opinion i don’t think it should be thrown in the wobble complex. i am looking for more info on my own about the chocolate gene having a wobble. sorry did not mean to divert the topic.

All those genes are not compatible in making a super form. Sable chocolate and spit nose make a super. None of the others do. Blackhead and spider makes a super as well. And a lot of those combos are lethal. Like champagne spider. And also a lot of people believe champagne blackhead makes a super. It’s very confusing lol

With not that many people working with chocolate, i wonder if the ones that are, are now going to change their breeding plans to see if they can prove or disprove this later on down the road. I kind of feel like this is going to be a question for a few years on if it truly allelic or not.

Maybe try seeing if super chocolate wobbles? If only the super forms wobble, then maybe spotnose and chocolate are separate from the spider complex and have their own?

Ah yes you would be right. Thank you for the correction.

This is something I’ve wondered about. Are these genes actually in the same complex ie. allelic - where the combos (would in theory) produce a 50/50 mix of offspring and no normals… or, are the combos simply lethal without being genetically related? I would assume chocolate spotnose is in fact allelic, as is spider blackhead etc, and I don’t doubt there is a strong possibility all these genes are allelic- but has it been proven anywhere?

Showing a wobble or not shouldn’t determine whether or not two genes are in the same complex. That comes down to their allelic compatibility.

If you are putting them in the spider complex it does.
You are correct in that it does not mean they are not allelic if they show or don’t show a wobble.

Blackhead does not wobble, and is allelic to spider, hence being in the “spider complex”. Correct?

spotnose are both part of the spider complex

I have not yet seen any proof that Spot is in the Spider complex. Can you provide that?
.
.

Back on BLBC I remember Harlan saying that single gene Spots have infrequent, low-expression wobble from time to time. It was in the same thread he started discussing Champs having it, thought neuro in Champs was the primary narrative.
.
.

spider blackhead etc, and I don’t doubt there is a strong possibility all these genes are allelic- but has it been proven anywhere?

Spider and Blackhead has been proven allelic. I have spoken with numerous breeders about close to 40 clutches where a BH/Spider was bred and only generated Blackheads and Spiders. No normals, no BH/Spider combos.

It is reported that Champ/BH has proven out. I have heard of two clutches but have not seen any documentation of them.

The rumour of Spotnose being in the group has been floating around for a couple years. BH/Spots have been made and are fairly common from what I gather (last time I checked there were a dozen on Market) so I have to imagine someone somewhere has bred one out…

Until I see some kind of documented, definitive proof, this is nothing more than speculative rumour to me.

Woma has never actually been proven to be in the complex. I have never even seen a Blackhead/Woma made. This one, as well, is nothing more than speculative rumour.

Champ/Sable was proven to be a lethal combo (by Harlan). SuperSable are reported to have a small degree of neuro. This has led to the suspicion that it is in the Spider complex. However, to the best of my knowledge, no one has made the BH/Sable combo and bred it out to prove that it is allelic.

If memory serves, Tim Bailey proved Chocolate to be compatible with Sable (I know he made the combo, I cannot find the post where he bred them out and I suspect it was in BLBC and so it is lost to the void)

I have never seen a BH/Chocolate made let alone bred out.

Unless and until someone breeds out BH/Spot and BH/Chocolate, it cannot be correctly claimed that they are part of the Spider complex
.
.

Blackhead does not wobble

Interestingly enough… Bob Vu claims, having made over a dozen of them, that there is a small degree of wobble in the SuperBH

Back on BLBC I remember Harlan saying that single gene Spots have infrequent, low-expression wobble from time to time

yeah i remember that parts of that thread. All i can say is that a large majority of my collection is spotnose or has spotnose in the combo and i have produced a lot of spotnose and spotnose combos over the past 10 years. Tthe only ones i have seen to have a wobble are with champagne or hgw in the combo. Never in the single gene form. Now this is only based on my experience so.

Wouldn’t have ever thought these would be allelic. Nice work Justin cool discovery!