Hi there, I am new to the very exciting and somewhat confusing world of ball python genetics. And just looking for any info that will help.

I’ve got a young Toffino, and plan to breed her eventually. (No time soon). And am just wondering what will be best suited to pair her with.

Is there anything in particular that you’d like to make her? Another toffino combo, albino’s? Depending on the route you’d like to go…I paired my first toffino female to an albino Enchi male to get some nice Enchi toffino’s…along with Enchi albino’s, single gene albino’s & more toffino’s! 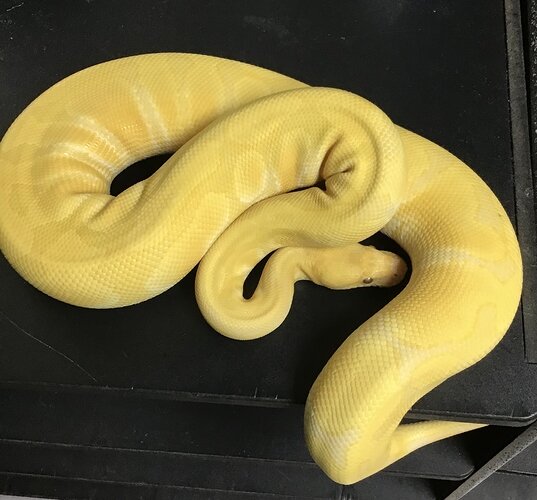 So is pairing with other recessives or co-dominants the best route?

I’m not sure what I’d want to get out of her yet. No idea about the possibilities! Lol.

I always say dark genes are best for any form of albino combos due to the contrast it adds. Mahogany, acid, blackhead, black pastel, GHI, and cinnamon to name a few. If you want to make supers of those dark morphs down the line then don’t go for black pastel or cinnamon since both super forms have kinking as a common issue. Albino sumas look cool, and I have yet to see a super blackhead albino. An acid toffino would probably be amazing, but acid is also very expensive right now. Without dark genes helping the contrast albinos all look dull as adults, as they mostly all just turn solid yellow. I don’t recommend pattern reducing morphs for this reason. So enchi/spider/pinstripe/champagne wouldn’t be good if you don’t want a solid yellow boi. Another amazing combo would be a GHI mojave toffino.

What about pied, and thanks for sharing info God bless you

Thank you so much! We went to the MN reptile expo today and talked to a guy about Black Heads. I’m thinking that’s the way we will go.

Would it be beneficial to have some other Het genes in there?

If I may be so bold… Before you think about breeding I would strongly suggest you take some time to educate yourself more. I can see that you have a lot of enthusiasm, and that is a great thing. But I can also see that enthusiasm is acting as a bit of a blinder toward pitfalls that you are going to encounter if you just jump in from where you are right now. As a starter, if you breed your Toffino animal, how do you plan to label the offspring??
.
.

I have yet to see a super blackhead albino.

It has been made. As a hatchling it was nice but I never saw how it turned out as an adult
.
.

An acid toffino would probably be amazing

Do you happen to have a pic of the Candino Acid?

I do not have one on this computer. I will try to remember to mail one to myself and post it up tomorrow. Or, if you are in more of a hurry, check out jroyals on Instagram and scroll through his back posts. It is in there a few times

I found it on his instagram fairly easy! The yellows really do pop out.

Some of these morphs are so darn subtle I don’t even know what differentiates them sometimes. I guess it just takes more study time.

Glad you found them.

For everyone else, here are a few I had archived. These are older pics, she is more coloured up and impressive now 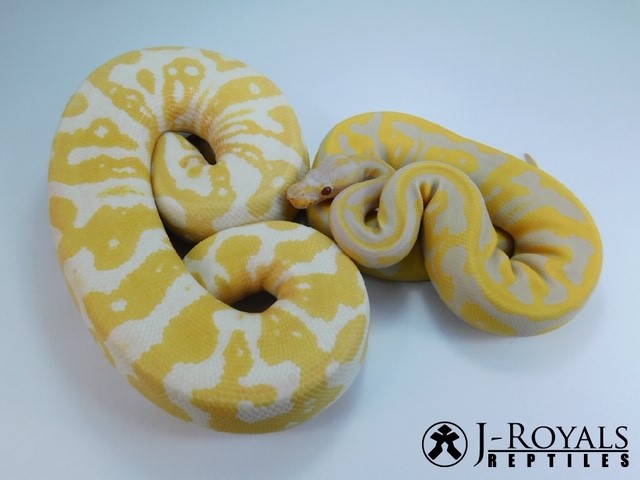 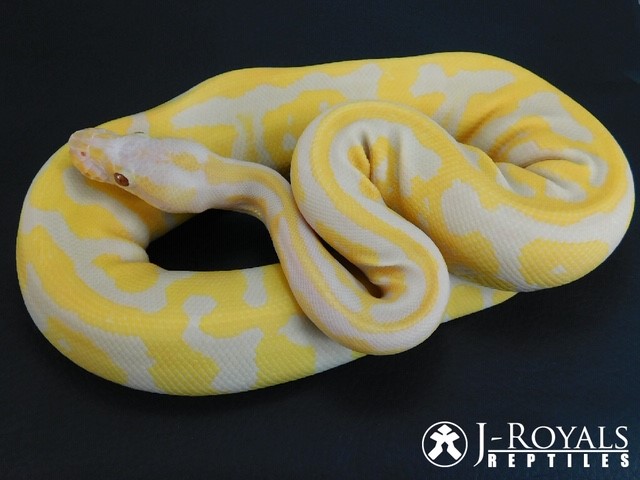 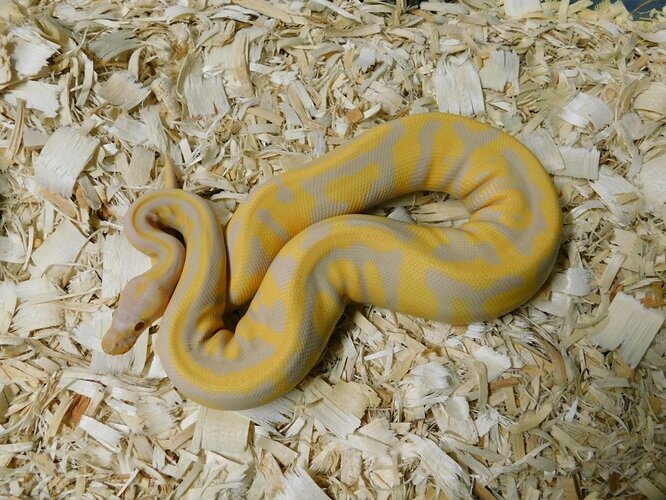 Would something like this guy make a decent pairing?

That pairing would give you all 50% het lavender albino, albino, and toffee with some Leopard mixed in.
If you don’t mind a long project proving out the possible hets, that wouldn’t be the worst. But if you don’t prove out the pos het lav, albino and toffee, that would be a lot of work and time spent on a project for no visual recessives.
I would go with a visual recessive of some kind that appeals to you, and then hopefully that visual would also be het for albino or toffee. If you can mix in some dominant genes, like leopard, then all the better.

If it was me I would pair something like this.
Toffino X Leopard Pied het albino/toffee.

That depends on what you are trying to accomplish from the breeding. If you just want to produce normals and Leopards that are all undefinable hets, then sure. But if you want to produce more Toffee/Toffino/Albino animals then the above would be worthless

Lavender albino is not compatible w/ what you’re working with…so I’d say NO on this one. Look at some other animals in the albino section to start.

Thank you, everyone! This is my first go at even trying to comprehend all of the genetics that go into this. And go figure I start with a double recessive lol that has me confused!

It is tricky and gets extremely confusing at times but the more and more you research and ask questions the easier it gets.

It takes a long time and a lot of research to understand how they work. I’m still learning and I’ve been at this for over a decade.
You’re asking questions and that’s the important thing, just keep plugging away at genetic calculations and doing research and it will all make sense in time

This is my first go at even trying to comprehend all of the genetics that go into this. And go figure I start with a double recessive lol that has me confused!

Also, your animal is not a double recessive. Toffino is a heteroallelic visual, there is only one gene involved, just two different mutations of that gene in one animal

That’s the plan! I don’t like to jump into anything. It’s only 200g right now so I’m just trying to formulate a plan for a couple years down the line.

Thank you for the info @t_h_wyman! Are there any reference materials you would recommend?