Check out my blood and short-tailed pythons - and share yours!

I haven’t seen any recent posts about blood and short-tailed pythons, so I thought I would share pics of mine and invite others to do the same.

This is Red Riggs (Riggs for short). He is my pride and joy. He’s a 2016 T- albino with genetic banding and I’ve had him since he was 6 months old. Definitely the most colorful snake in my collection and also my largest curtus complex animal. I love him, but he does not return the favor. I think the white tail on T- albinos is really cool. 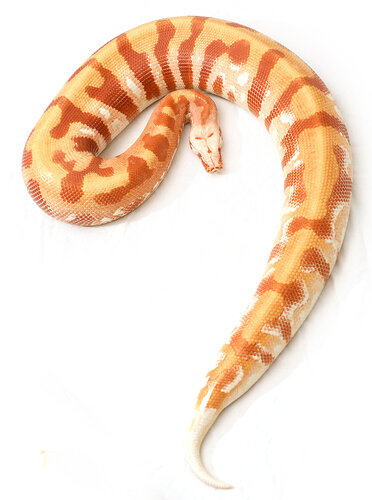 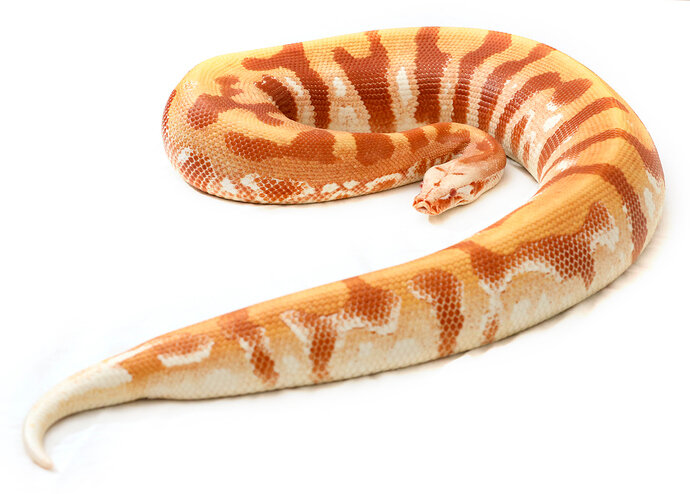 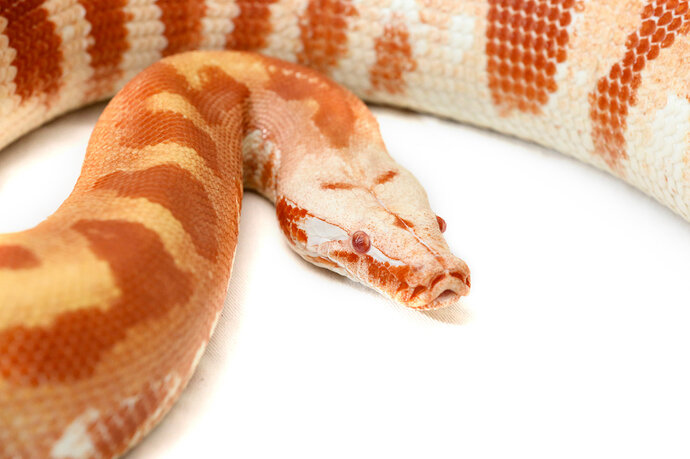 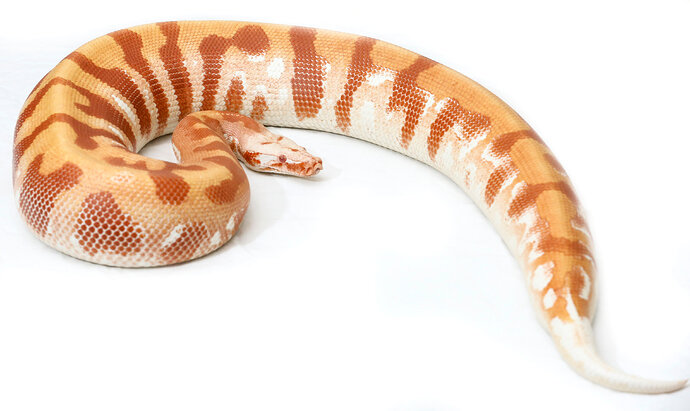 This is Huffy. She has the most “challenging” temperament of any snake in my collection. She is a VPI “Super Red” het T- albino. I chose her for Riggs because she is also banded, and I think they will make awesome babies. 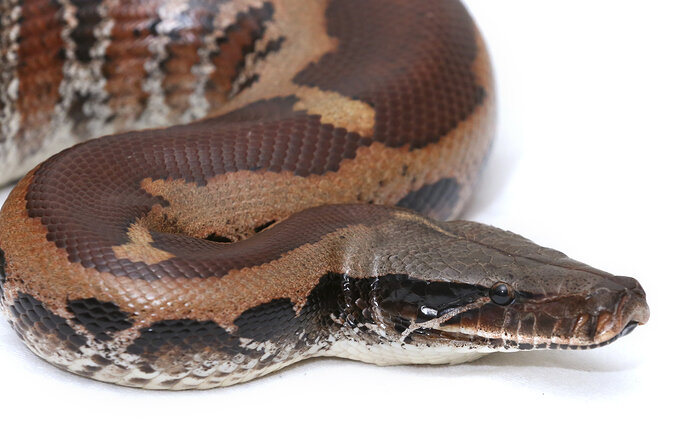 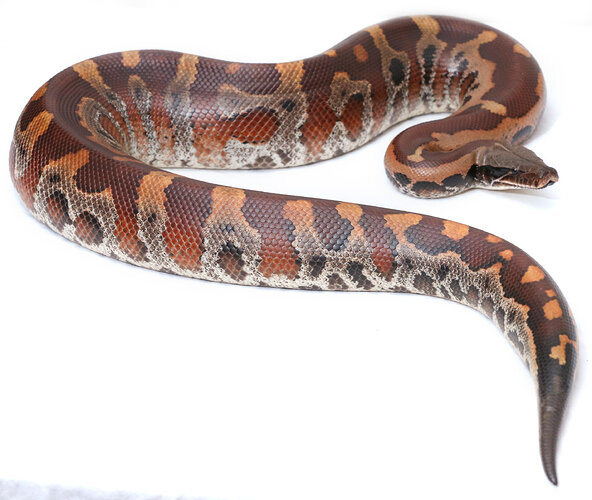 This is Tito. He is a year younger than the rest, hatched in 2017. He is a northern orange-head Sumatran short-tailed python, het for VPI caramel albino. In general, Sumatran short-tails, or black bloods as they are sometimes called, are smaller and calmer than other curtus complex animals. Tito is the calmest of the group. 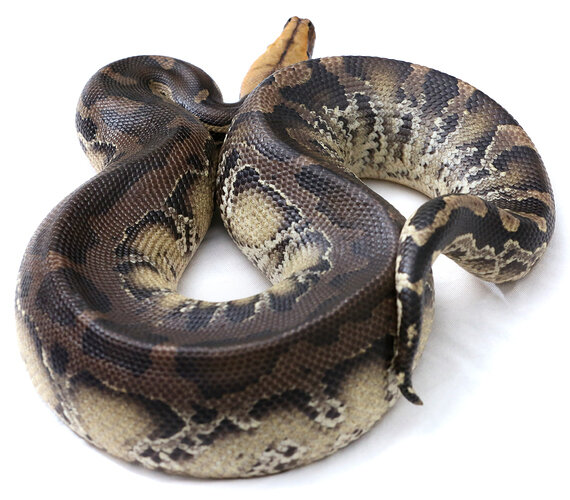 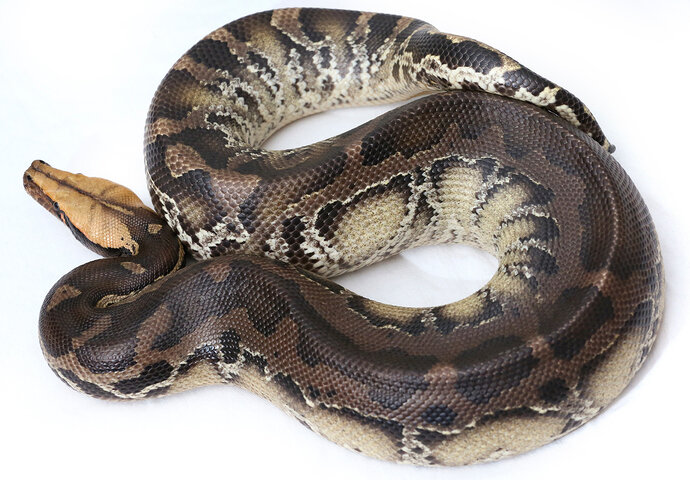 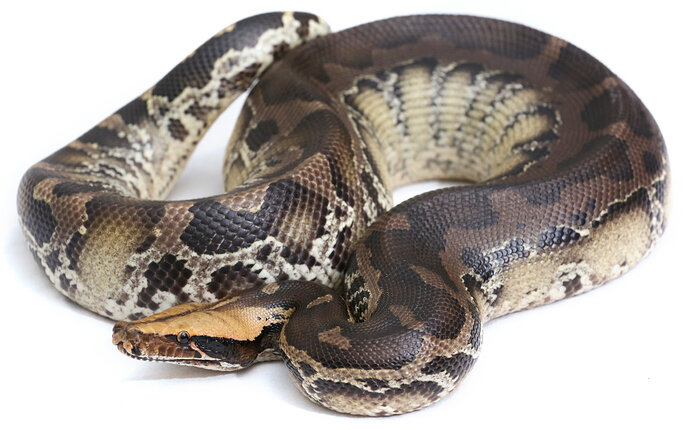 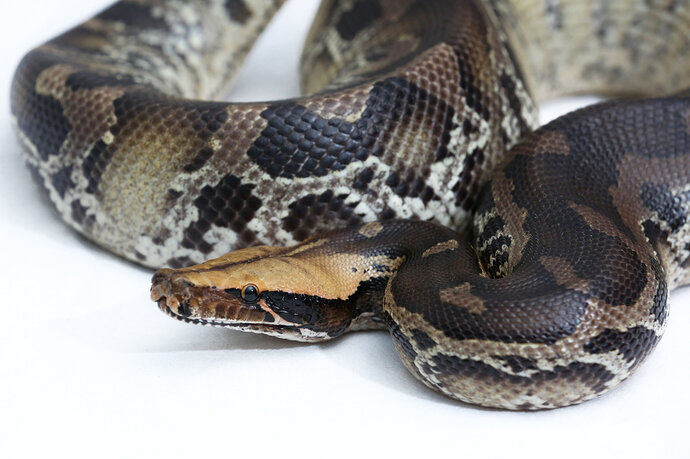 This is Cake, the most valuable of the group. She is a visual VPI caramel albino Sumatran short-tail. She is also a big girl and is never defensive, but can be bitey at feeding time. I paired her with Tito this year, but I’m not sure that the pairing will be successful since they are both still pretty young. 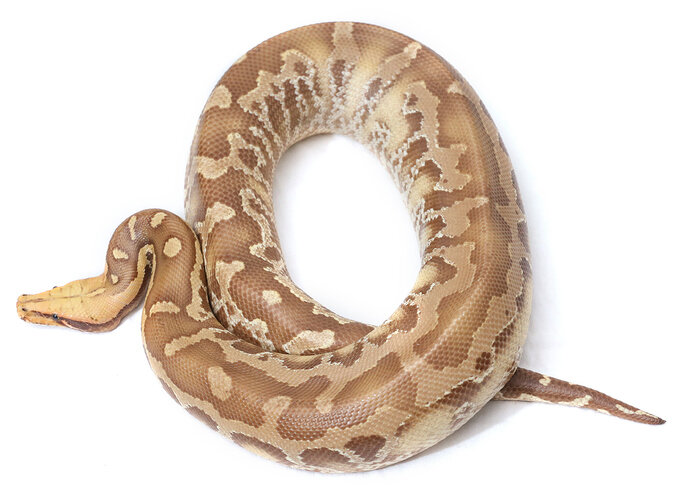 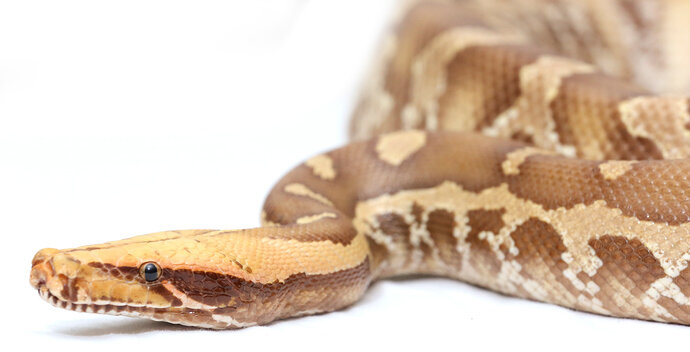 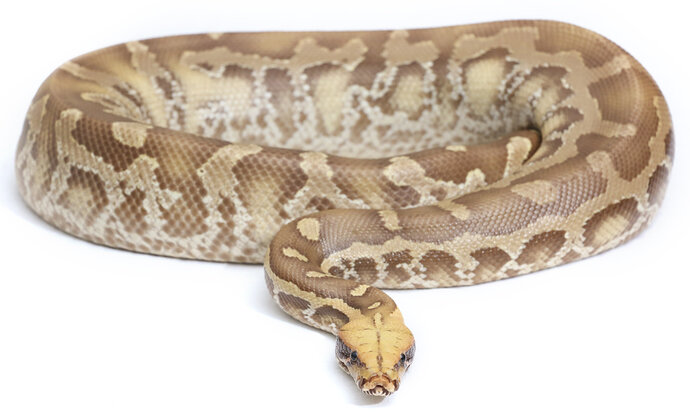 Riggs is a stunner, and I love the clear color change on Tito’s head.

The contrasting head on Tito is a locality difference. Animals from the southern part of the range do not display it. Cake would have it too if she wasn’t an albino. The VPI caramel albino gene originated in northern orange-head animals, and these two haven’t been outcrossed.

I used to have another one that was even more contrasting.

They are some really, really beautiful animals you have.

I’ve never really looked into blood or short tail pythons and have only saw a few in videos, never in person.
What are the major difference in care for them and temperaments?

Would you prefer to work with them over boas?

Are they difficult to handle when they are adults?

Again you have really beautiful animals.

The contrasting head on Tito is a locality difference. Animals from the southern part of the range do not display it.

Do you know why that is?
Like what benefits the contrasting head makes in the north that it doesn’t in the south?
Different prey/predators? Climate? Natural morph selection (contrasting heads don’t find non contrasting heads attractive), or just 2 separate snakes that look alike?

I can’t say why the locality difference is the case. As far as care goes, blood and short-tail pythons have the exact same care as each other and used to be considered the same species. Temperature requirements are comparable to ball pythons but humidity is even more important, and of course they need more space. Some red bloods have a lot of attitude and can be challenging to handle when they get big, whereas Sumatran short-tails tend to be calm. I love them, but I still wouldn’t prefer them over boas, because boas are just my bag.

Now of days I only have a pair. But I used to only breed short tails. Borneo’s were the first snakes I bred almost 20 years ago. I think they will always remain my favorite! 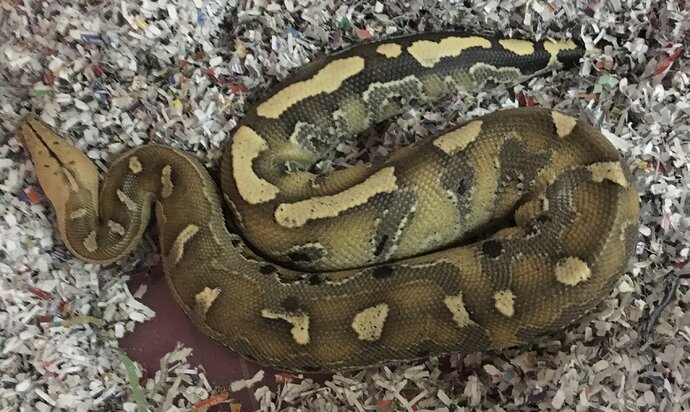 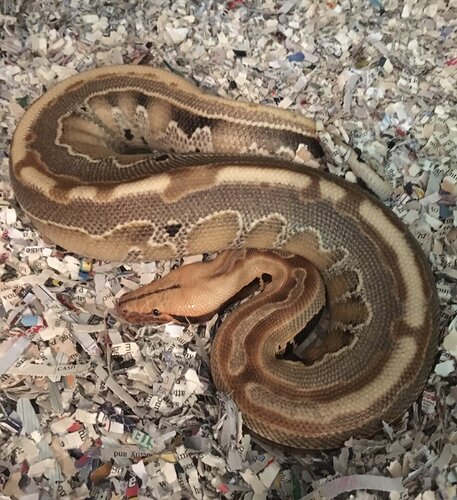 Beautiful! Is that a blue ghost in the lower photo? What is the top one? I don’t know my Borneo morphs very well.

I’m not good with the morphs with these guys anymore either lol. The top is the male he’s a ch import but I feel like he’s has something going on. The older he gets he gets lighter and lighter. The female is a ultra beit super stripe.

This is my girl, Nyx. She’s a T- Albino Blood from NERD.
I got in the beginning of this year, T- was one of my dreams snakes and I’m thrilled to finally have one in my collection!
I absolutely love this girls colors! Her reds keep coming in more and more as she grows. And I love her white head and high red and white contrast. She’s so much prettier in person. 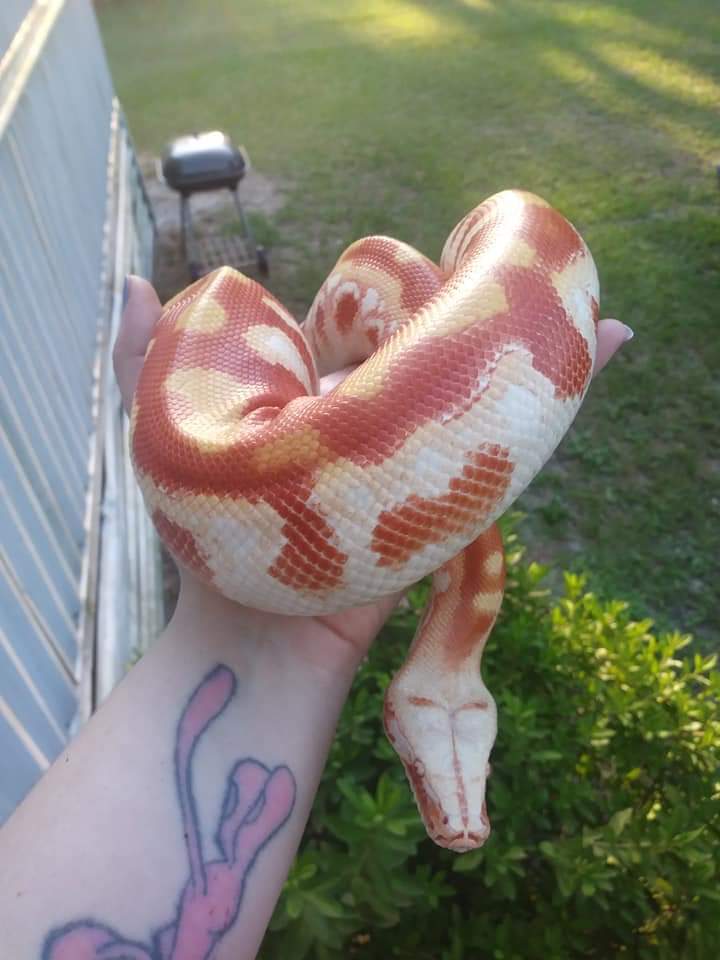 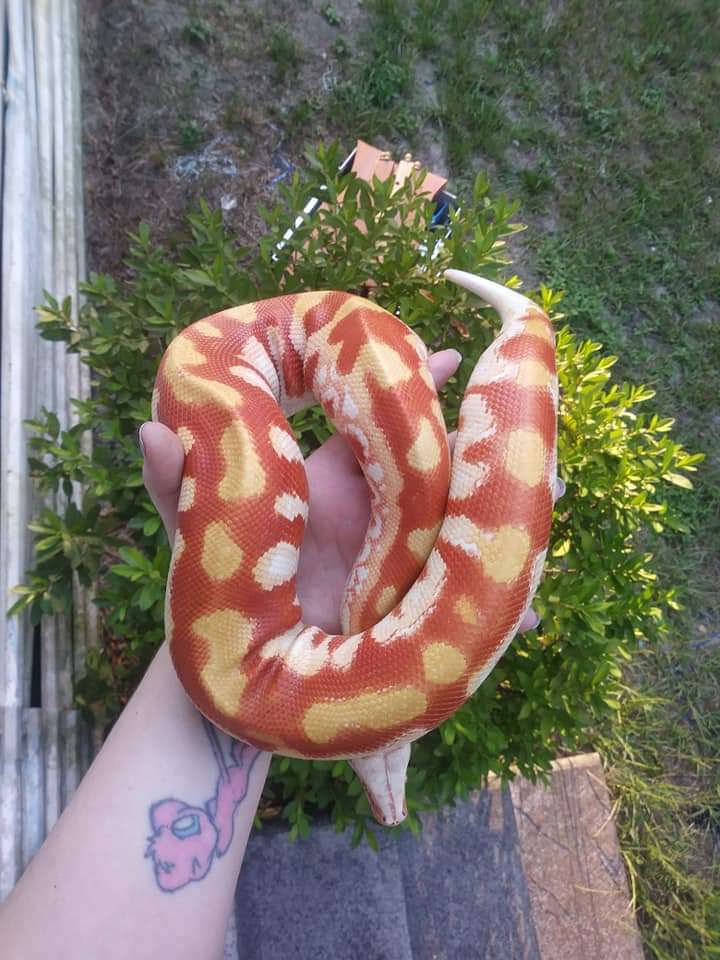 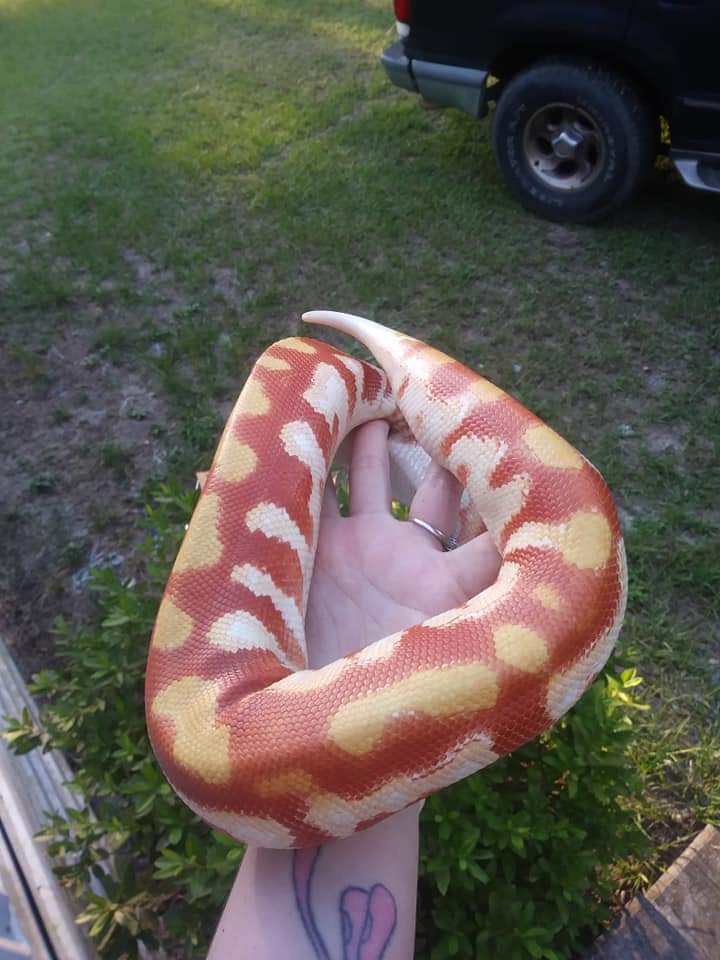 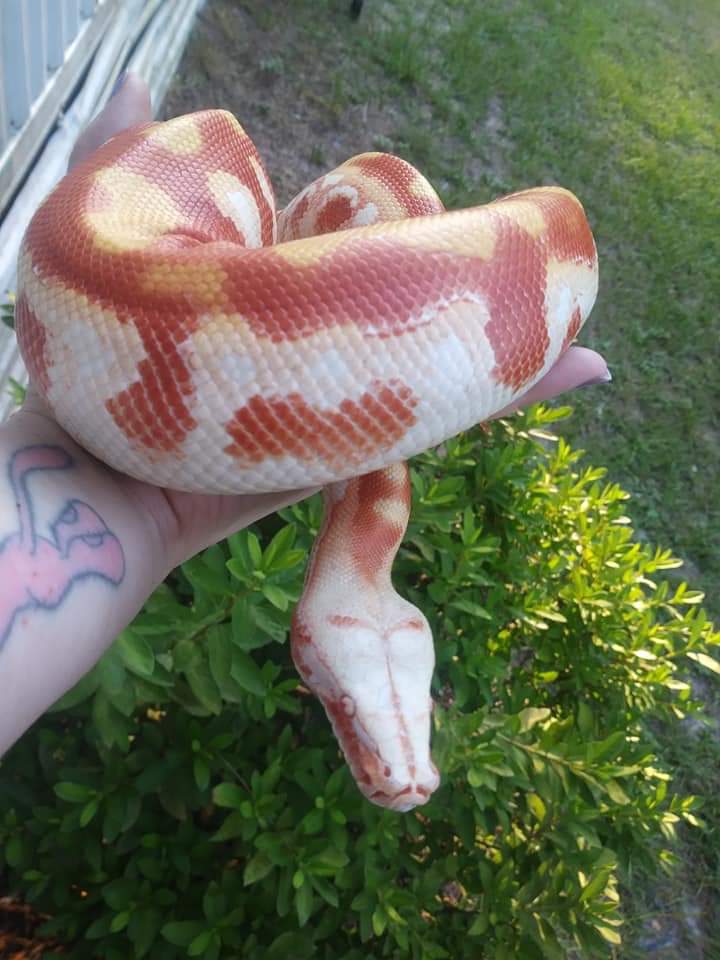 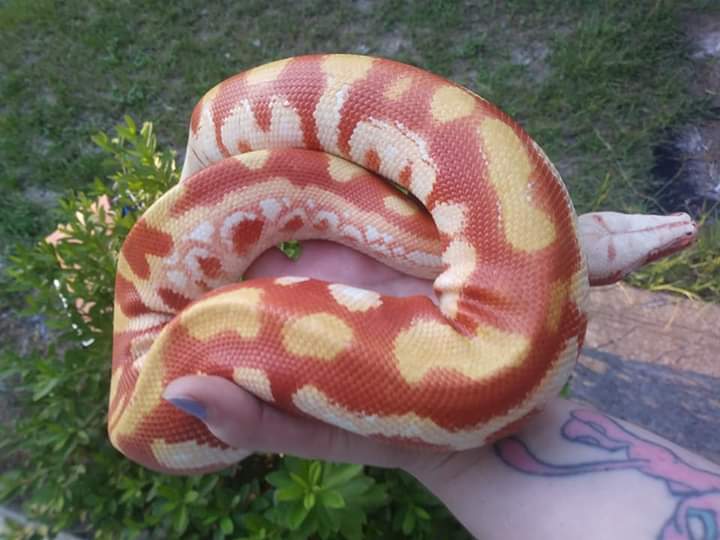 Beautiful color and I love how high-white she is!

the high white was what sold me on her, i wanted a high white with deep reds. Everytime I open her tub and see her, I know she was worth everything penny! She’s my only blood right now but I’m thinking about adding another in the near future.
Also she’s very calm, no hissing or aggression at all. In fact she’s a shy eater too lol I have to leave a ft rat in there since she won’t strike her food, and its usually gone the next morning when I check lol xD

Here is her baby pic from the breeder, you can see how much her color is developed already since I got her. The previous pics were most recent. 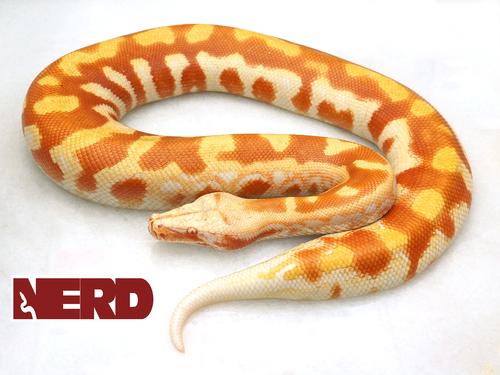 And when I unboxed her 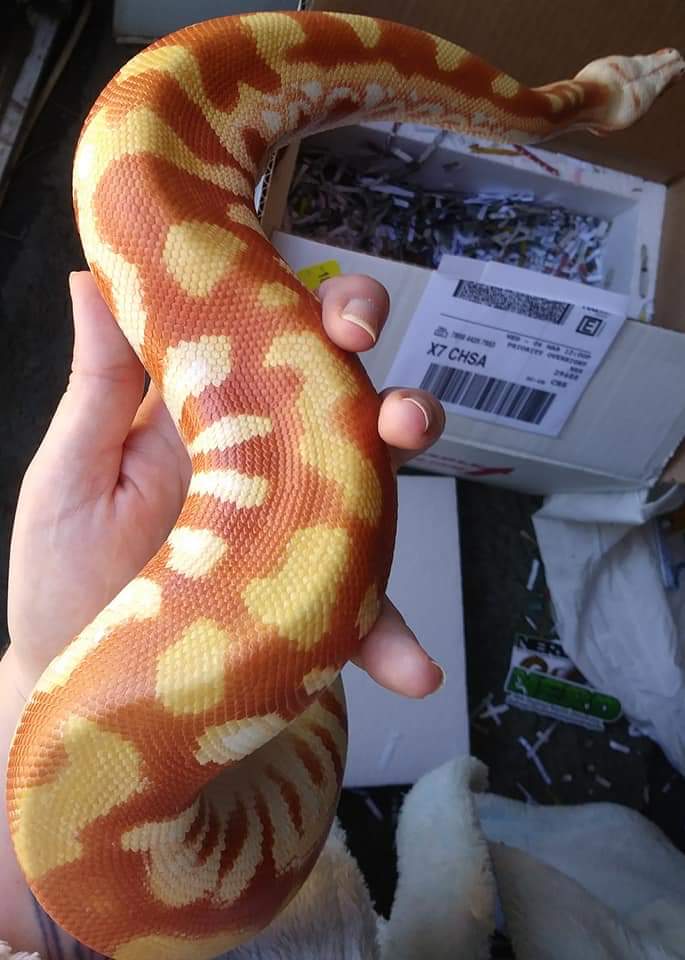 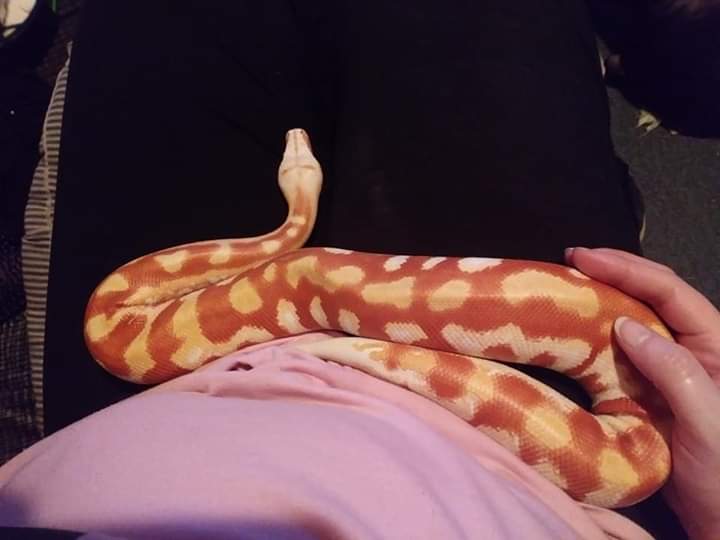 Bloods are on my snake bucket list. Not to breed but as a show animal since I know they can be a handful to deal with and can be bitey/strikey. But damn these are some GORGEOUS snakes. I love love love the hold oranges, reds, and yellows in some of these. Yall are some lucky lucky people with beautiful snakes!

I have had bloods/short tails before, never for breeding just for my collection. Back when all there was was normal types. These pics make me want to get one again. Namely the one @synisterxsnake has! What a complex yet simple looking snake. Too cool!

When I saw the first T- Albino i told myself I would have it in my collection one day, I’m so happy I was able to get one finally, definitely worth every penny!

Our Ivory female. She’s about a yearling now. 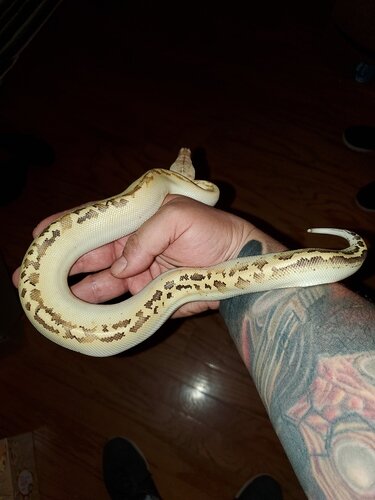 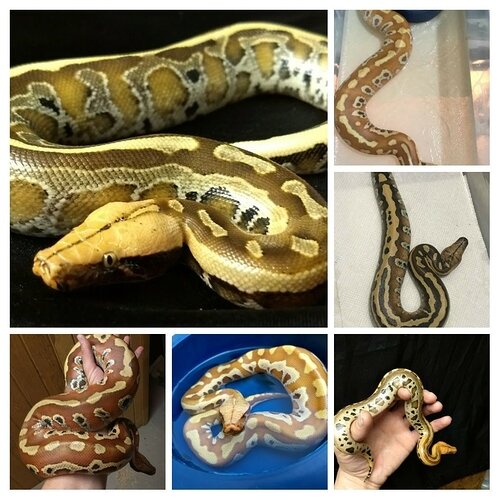 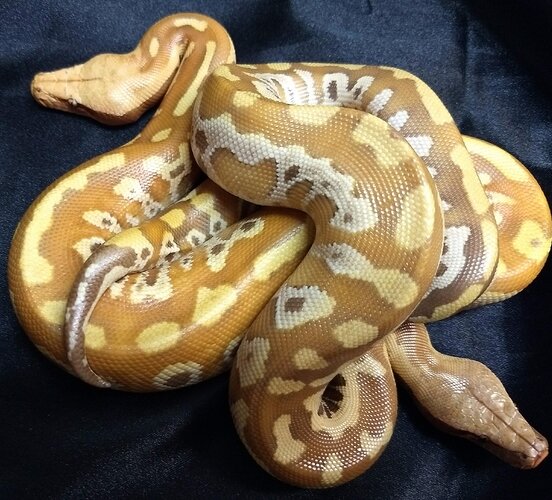 Someday…I want to have a facility where people from my community could some see multiple species besides BPs. Someday…