Junior herpers are the future, let's see those kids with reptiles

I do free educational presentations at the Las Vegas natural history museum and the Las Vegas Science expo every summer here, and before that I was teaching my nieces about these incredible animals. I really feel that for the hobby to survive we have to encourage as many people as possible to become exposed to them in a positive way. So let’s see what ya got; show me them junior herpers. 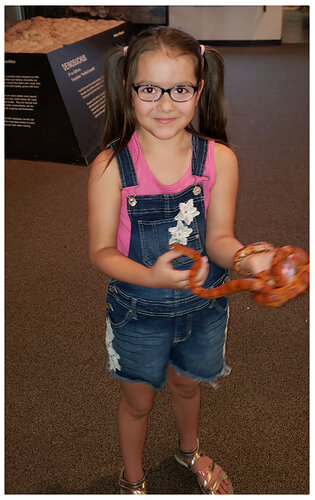 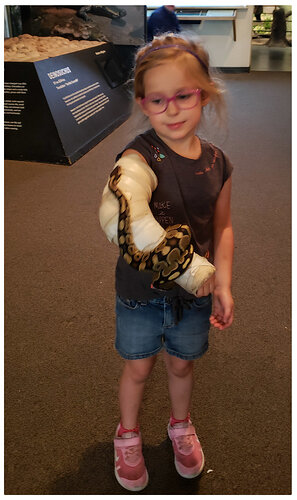 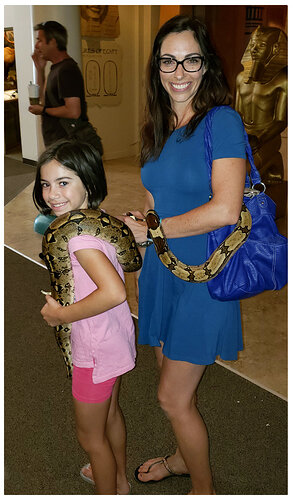 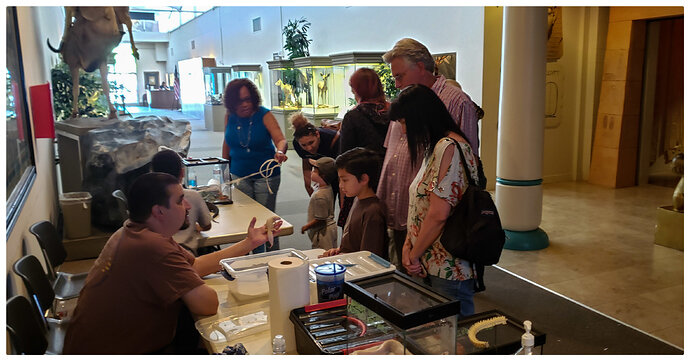 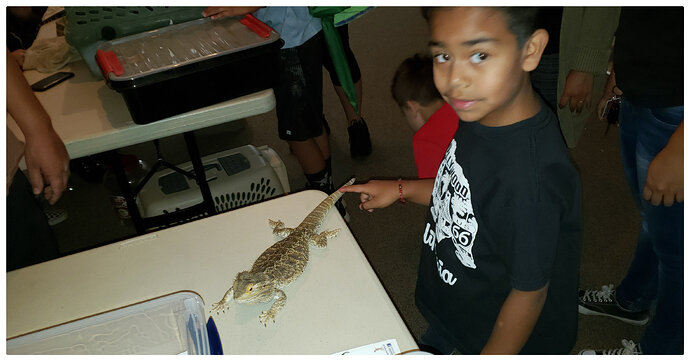 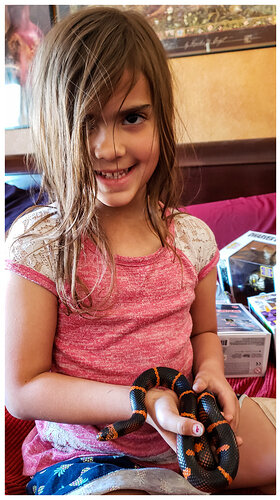 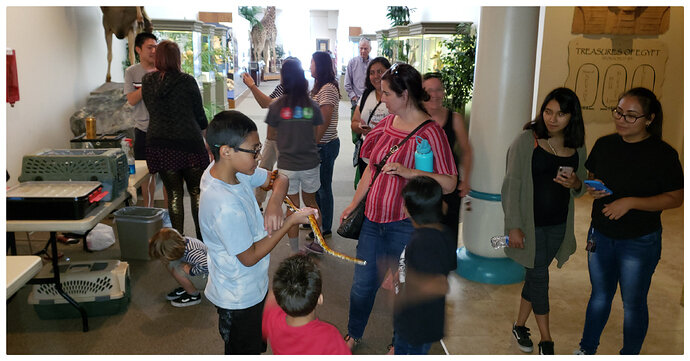 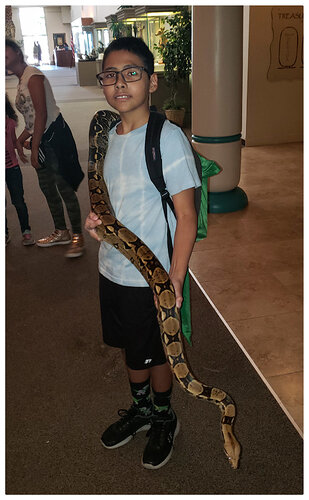 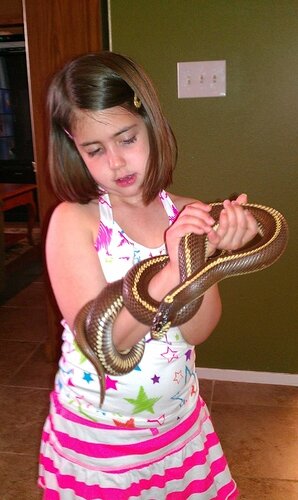 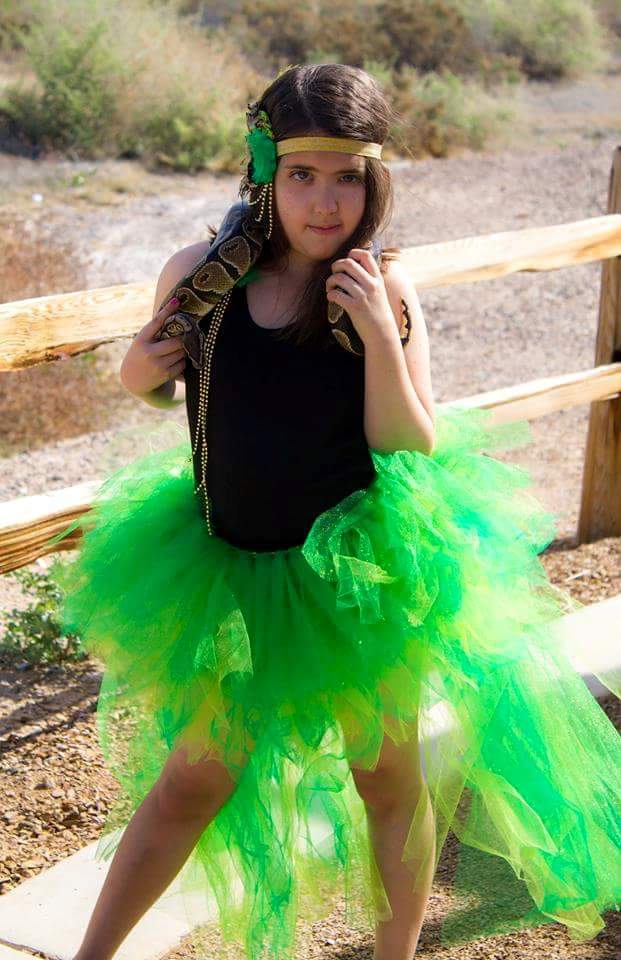 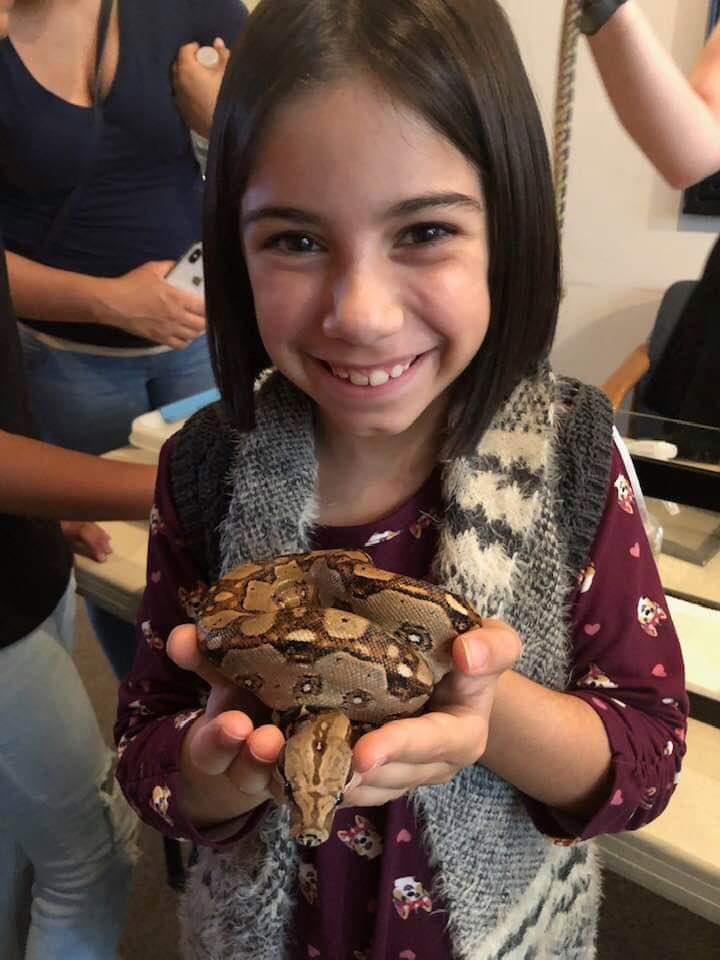 Just relaxing with his snake Queenie

Having 5 kids I thought I was going to be able to throw a few pics out, but I’ve just realised I don’t have that many great pictures of them holding any of my snakes.

I do have a cracker of my son Edward at around 12 months old helping me build my first diy enclosure: 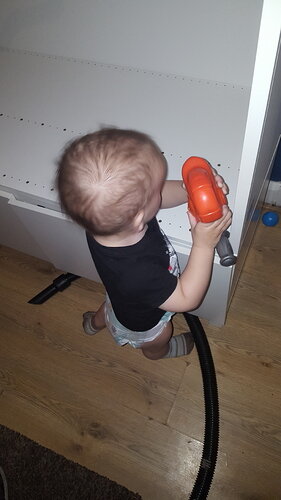 And this is my nephew (I’ve cut his head off to save earache from his mum). I wouldn’t say he was a difficult child, once you get to know him. He like certain things and if he decides he doesn’t then his mind is set and there is no going back.

Non of us were sure how he would react when he saw the snakes for the first time, his mum was sure he would freak out, but instantly he wanted them out the tanks… and not just the one, he wanted to hold both and have his picture took with them. Every time he comes round he heads straight for them and wants to hold them.
He is my little dude and if my son’s become even half as enthusiastic as this guy then I will be extremely happy: 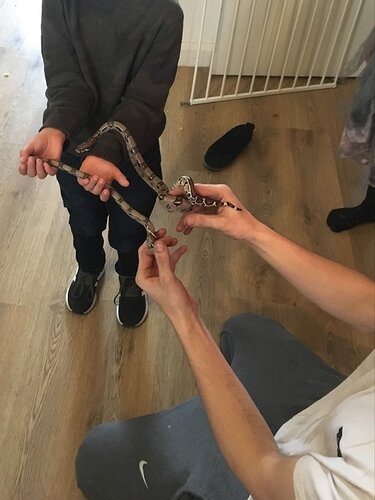 UMMM let’s not post pictures of other people’s children on the internet please. I get the sentiment but it’s 2019 this can be a liability thing no?

I mean yeah I get your point dont get me wrong but there is no ill intent. Just kids and reptiles but yeah better safe than sorry, would be better if the faces were cropped out right?

If you choose to post pictures of your own family that’s one thing but absolutely cannot be putting pictures of random children online it’s sad but it’s the world we live in.

IMO, I’m not a mod obviously.

We do live in a sad world and I agree we should do everything we can to protect children, however as long as permission is granted from a guardian and there is not intent as @nathan_e said then there should be no reason to protect them. Nothing either myself or @thebeardedherper (I’m guessing he got consent to post them on his website or such) have posted has any out of the ordinary except there are snakes involved.

I do get your point and I know you mean it of good will but being able to show your kid a bunch of other kids holding “deadly animals” will really help them relax around your own.

i won’t say anything else but I just think it’s poor judgment. Your own family of course is up to you but there is no way we can verify someone having permission or not with other children.
But if it’s ok with the mods I guess everyone decide for yourselves.
I do think it’s great to get kids involved that’s a major part of why I wanna do this is to eventually have opportunities to present in schools etc, but it is 1000% not worth potentially endangering one to achieve that. 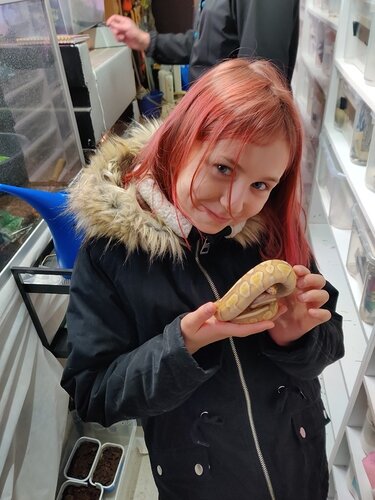 My girl, matching snake to her hair colour

Your 100% right, absolutely nothing is worth endangering any child. But we have mods for a reason and hopefully everyone completely understands this place is solely for reptiles.

With permission, this is no different than a physical published magazine showing kids holding their drawings.

Please don’t think I’m missing your point, I completely get you.

I’ve been given permission by all the parents. I always ask before even taking the pictures.

And fyi the girl in the green tutu is my niece and she wanted to model with her ball python so I took some pictures.

Well let’s get past the whole picture permissions thing. I would like to get back to a lighter note and I just wanted to say is that I love that you are teaching a new generation of animal lovers and there is nothing more I love to see is when a kids eyes light up when they get to interact with a animal. Keep up the great work and keep us posted as always with your animals! I especially like some of the hybrids you have! 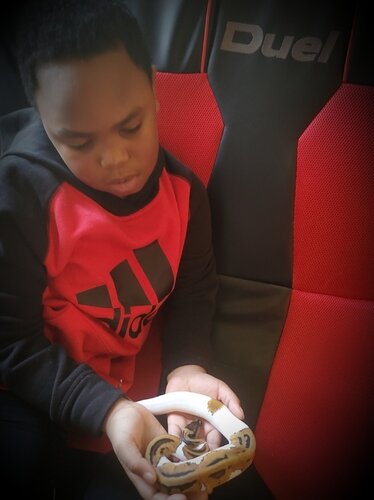 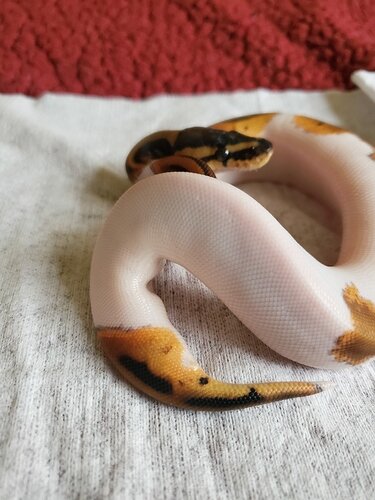 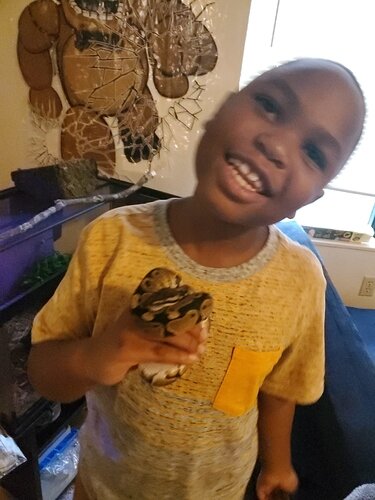 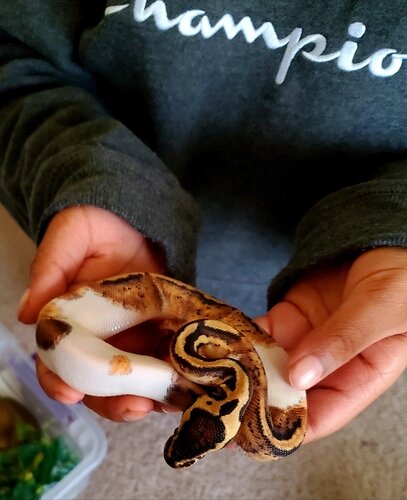 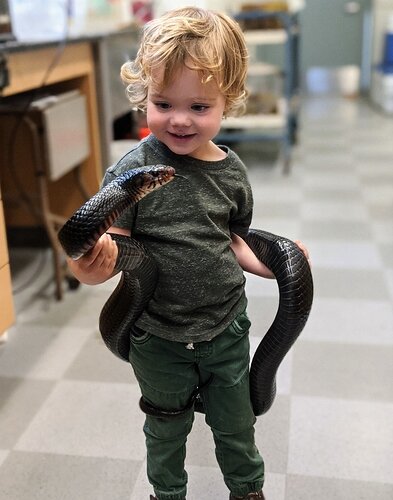 That is definitely a parents lock screen photo if ever I saw one.

Dang this is one badass kid handling the snake like that. Great pic!