Reptiles Over the Rainbow Bridge

I have lost 5 of my babies in the last few months. It got me thinking that it would be cool to start a thread where we can remember our beloved reptiles that have passed away. I’ll start things off with the ones I’ve lost recently:

This is Myrtle! She was the second leopard gecko (and reptile) I ever got, back when I was still in undergrad. For many years she was the matriarch of my little gecko clan. She was one of the earlier snows produced by Albey Scholl. She was incredibly smart for a leopard gecko, and wouldn’t tolerate having a cagemate, regardless of how much space they were given. She was 18 years old. 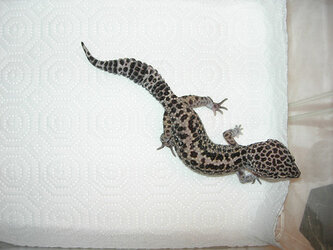 This is Penguin! Penguin was a bit mentally slow, but super sweet and trusting. It always drove me absolutely insane that I could never seem to put any weight on her, almost all of her life. I tried a ton of different food types, checked fecals, the works, but to no avail. When she was shedding, she often had trouble with the portion on her head, and I think that’s what led to her interesting eyes and eyelids. I did read in one source that ‘bug eye’ is actually a trait, and is considered undesirable, but i haven’t seen it mentioned elsewhere. My grand-baby Gentoo was named by my mother in Penguin’s honor. Penguin was 17 years old. 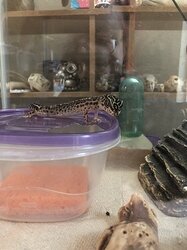 This is Rasputin! Rasputin was small for a male, cantankerous, and a troublemaker. He almost always tried to bite, and would void his bowels if he was exceptionally irritated. When I tried to breed him, he literally hid under the paper towel substrate. He didn’t learn to remove his shed from his feet on his own until he was well past ‘middle age,’ which explained why he came to me with mostly stubby toes. He also came loaded with pin worms… yuck! Yeltsin was named by my mother in honor of Rasputin. (We used to live in Russia when I was a kid, while it was still Soviet.) Rasputin was at least 17 years old. 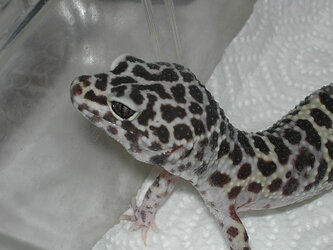 This is Caiman! Caiman was tsf, but decided that he had his own ideas about what gender he wanted to be! That was how I ended up with my very first male! He was a big boy, and probably the most chill of my males. He was also my dad’s favorite- I still remember this one time when he asked me to feed Caiman, so he could see, as he was curious. (This was exceptional because my dad doesn’t generally have any interest in pets aside from dogs.) Caiman was 17 years old. 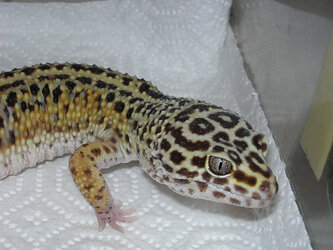 This is Impi! She was Myrtle & Caiman’s daughter, and was always super feisty! She even attacked her sister one day and ate her tail! (Needless to say, she’s lived solo since then.) I used to live in South Africa, and ‘Impi’ is a Zulu word for war/fighting, and I named her that because she yelled at me constantly when she was a juvenile. Impi was 14 years old. 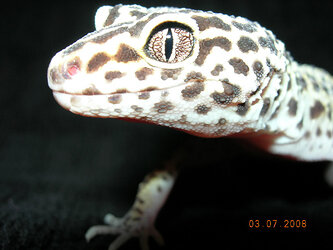 I love hearing about the herps that have lived a good, full life. My girl Sweet Pea only lived to be 4 or 5. She had a small growth on the side of her head, it was drained and the vet attempted to biopsy it, but couldn’t figure out what it was. It returned a couple months later, was surgically removed, and sent to a lab. It turned out to be a tumour. Less than 2 months later several more popped up. At that point, I opted for euthanasia. They were coming back so frequently that quality of life wasn’t there. 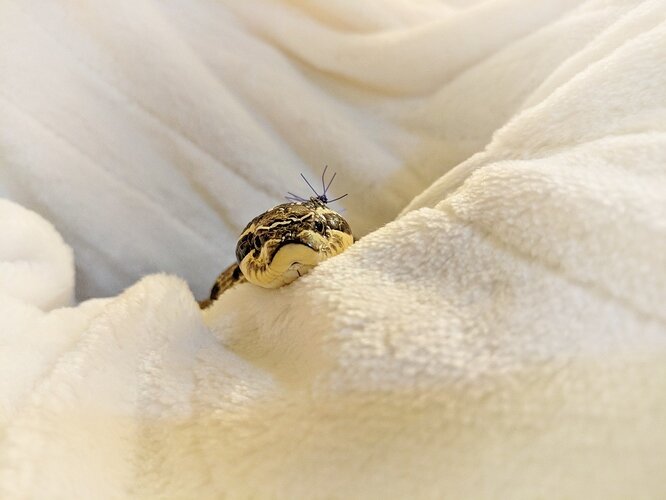 What an adorable little face!

You already know how sorry I am for your losses, it is horrible that you have had so many recently, but think about it, in total you gave them guys and girls 83 happy years

I know it is wrong to have favourites, probably even worse in this situation, but Caiman was one handsome dude.

@elementalherps I agree with Marla, and the stitching just adds to the cuteness

in total you gave them guys and girls 83 happy years

That is such a beautiful way to think about it, thank you so much!

And agreed- Caiman was very handsome. He was technically a normal, but something about his head stamp and pattern made him a super good-lookin’ guy, hehe!

This has been a new topic recently, I lost Sahrotaar last month after having her for about a week. She wasn’t that old but due to her previous care taker, came to me in less than favorable conditions. RIP sweet girl. 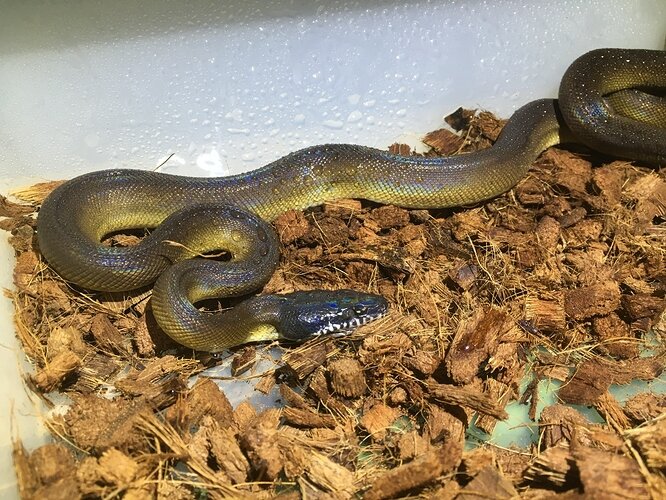 Def Leopard. Didn’t have her long, but it still hits my heart when I think of her. She was so curious and chill from the moment I unboxed her 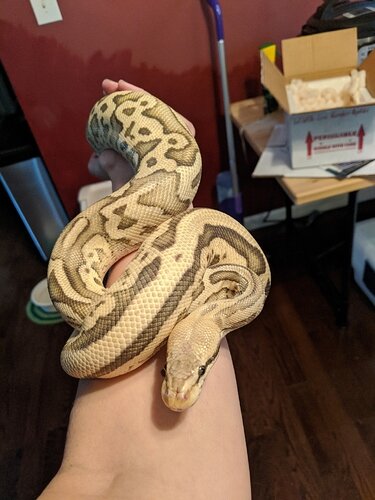 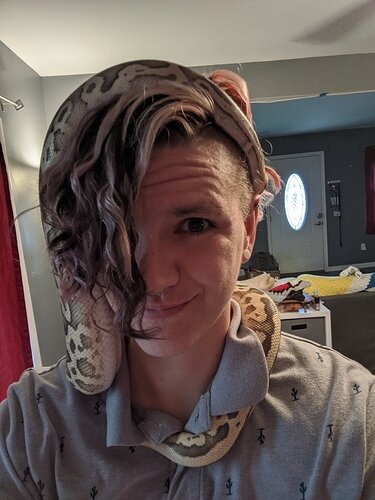 This little guy here is Betelgeuse. He was my first BP, though I sadly didn’t have him for very long. He was a sweetheart, and was seemingly healthy as he showed no signs of anything wrong with him and ate like a pig. I even triple checked his setup to see if it was something in there that caused his death, but it was the same as my female BPs setup and was fine. All I can think is that this was like a snake version of SIDS. Something internal just went wrong I suppose, as I couldn’t get a necropsy done on him. 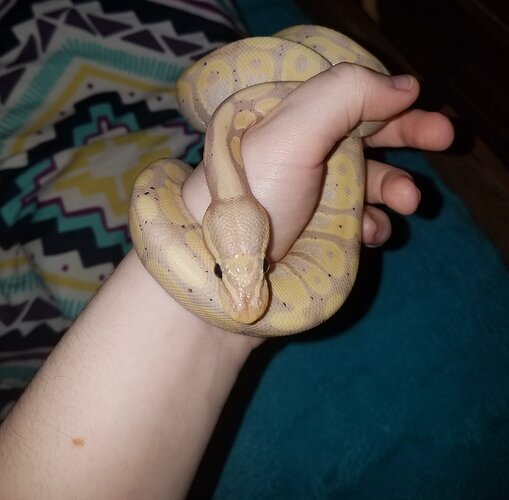 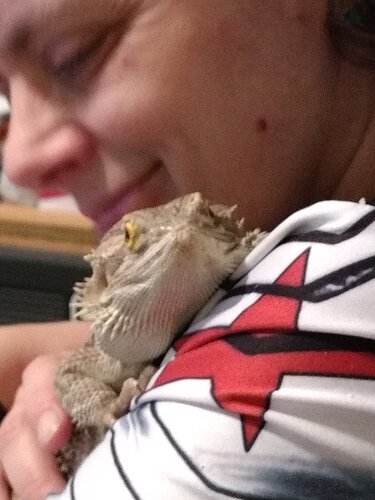 Stevie Ray was a foster fail! He was 9 months old when we met & was the office lizard for a children’s therapist. Fostering him on weekends failed when the therapist’s human kid got very, very sick & she needed fewer tiny lives depending on her.

He was almost 2 when he got sick in February of 2018. He fought failing kidneys for 8 weeks. When we had to let him go on St. Patrick’s Day his regular vet wasn’t there (it was the emergency weekend staff) but the whole place was so upset they paid for his cremation & the beautiful box his ashes reside in.

I love Gojira, and I will love whoever steps into his tracks when it’s that time, but my heart will always have a hole the shape of Stevie Ray’s tiny face.

4 posts were split to a new topic: Coming to the end

I just found this little one upside down in his tub.

I’m not sure what happened, but I do know he wasn’t a great eater to start with and had regurgitated his last meal. I wonder if it was just a failure to thrive.
I had planned to offer him a meal today. 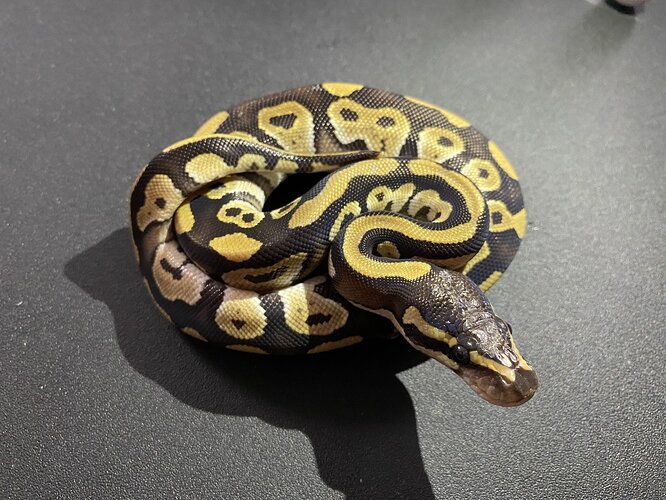 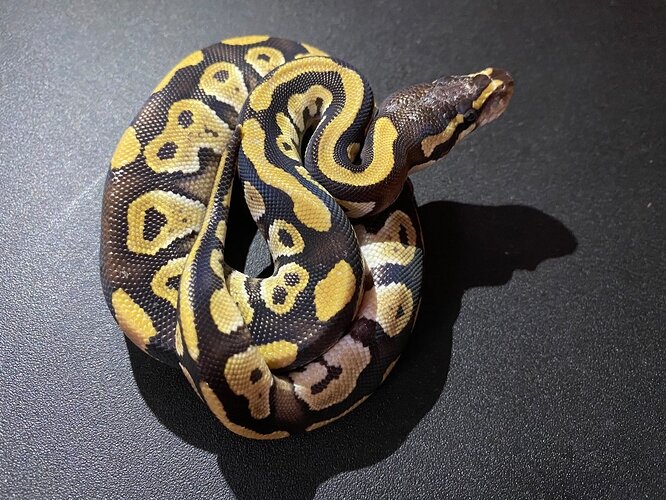 I’m so sorry to hear that.

He sure was a cute little man. One of my hatchlings this season is an extreme runt (about half the size of their clutchmate), and I’ve been very concerned about developmental problems myself.

This thread is very sad, but also sweet, and its comforting to remember I’m not alone. Over two years ago I lost my first corn snake, Peppermint, prematurely. She stopped eating as good as she was, then went off feed entirely. I could never figure out what was wrong with her but the vet suspected it wasn’t something I could prevent. I wish sometimes I had took her to the vet sooner…but I dont know if it would have made a difference. She passed away before we could figure out a treatment plan. I still miss her. I had a custom plush made in her image, actually. 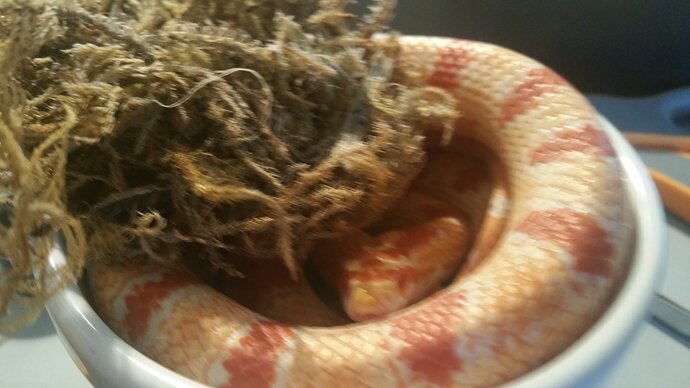 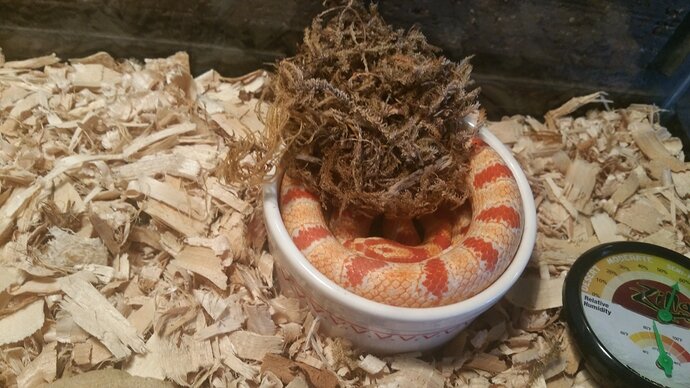 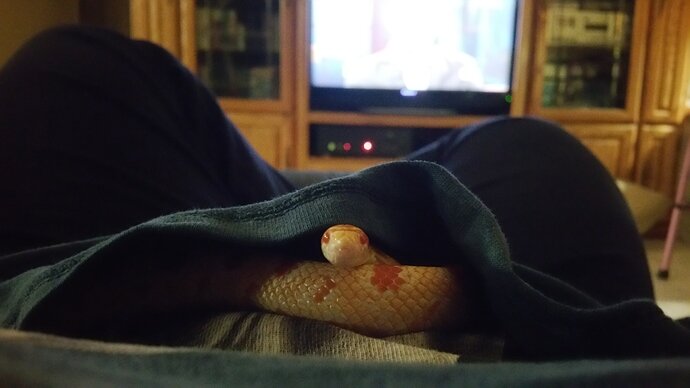 Peppermint accomplished the seemingly impossible- she was both pretty AND adorable! And the plushie is super cute too!

I had a crochet plushie made in honor of my axolotls, but it’s at the bottom of the pile in one of my toy hammocks (yes, I am a middle-aged woman with multiple toy hammocks.

). I’d take a pic, but I’m afraid to disturb the pile and have all the toys all fall on me. But I love having plushies to remind me of loved ones. I have a giraffe that reminds me of my grandpa (he was VERY tall, and seemed impossibly enormous when I was little).