I’ve received a request from Michael Jolliff (of the Axanthic line) to add the Tiger gene. Normally this is a straightforward process however in this case the term “Tiger” is already known in our system as a Desert Enchi combo (of which there is only one on our site currently).

I have been breeding Balls for some 25yrs now and started my line of Axanthic animals with a female that was also a genetic banded animal in 1993. When bred together these Banded animals produce reduced pattern animals that exhibit a bit of a side striped look. The first was sold to VPI back in the day and BHB has produced some nice ones as well as other breeders (Extraordinary Ectotherms, SSS Snakes, etc). I have always called these Tigers as someone else coined the name in the mid 90s and it made sense to me. It is a polygenic trait and also a color enhancing gene. The problem is the name never really caught on and many years later someone used the name to describe the desert ghost combo that has genetic issues. I have crossed this into several other traits and the effects are quite dramatic. Can I list these as Tigers (& Supers). Just hatched my first Super Tiger Axanthic Bee & a really nice Super Tiger Spider Axanthic. I really don’t want to change the name some 20 yrs later. It does wonders in combos with spiders, Pastels, g stripes, enchi, pinstripes, etc

This is an unusual situation and one where I would like community input. What do you guys think? How should Tiger be interpreted within the Ball Python context on our site. If have been around Ball Pythons for a while now, what does this term mean to you?

FYI I gave Michael permission to list his ads with Tiger in the title and clarifications in the description for now. This is distinct from his goal of having it be a gene instead of combo on our site.

The trait in question is derived from a genetic banded animal which started my line of Axanthics. When bred to VPI line in 94/95, approx half came out banded so I kept those back and worked with that trait specifically. Someone else in FL had coined the name for a similar trait and there have been a great number of WC animals with these characteristics. I can’t speak for all of those but with this line, banded to banded often reduces the pattern giving the animal a side striped look. This trait works very well with Clowns as other breeders have sold them as blades which I disagree with. Other traits such as gstripes, Pastels, enchis, pinstripes, spiders, butters, etc etc all benefit greatly from the interaction with this gene as it is also a color enhancing trait. There a few other breeders working with it so I’d like to get it established as such as I just hatched my first Super Tiger Axanthic Bee & it is so much better than the other Ax Bees I’ve produced. Here are some photos from over the years. 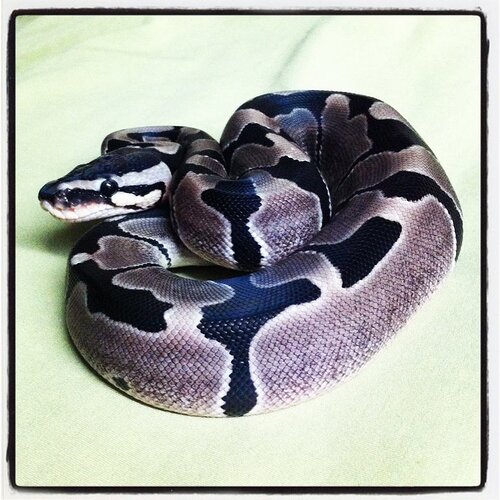 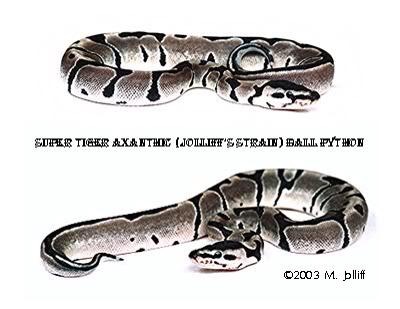 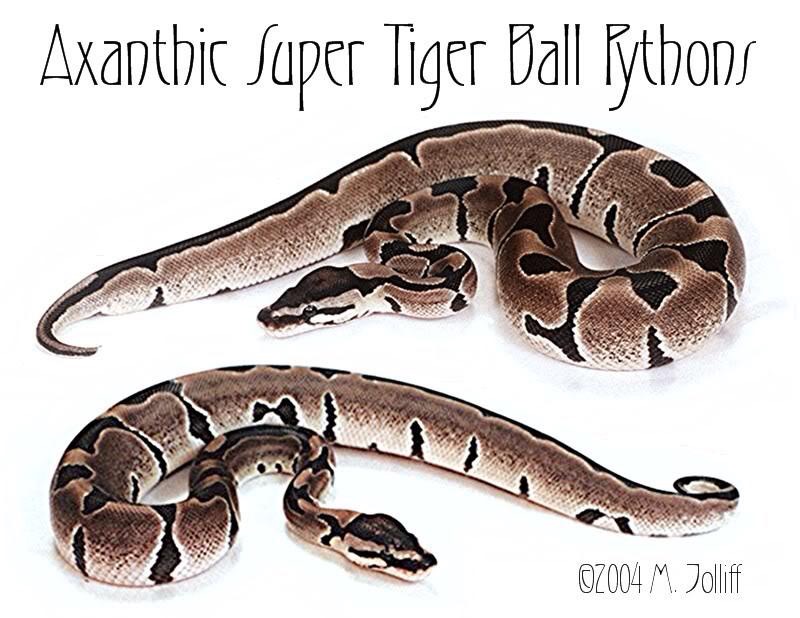 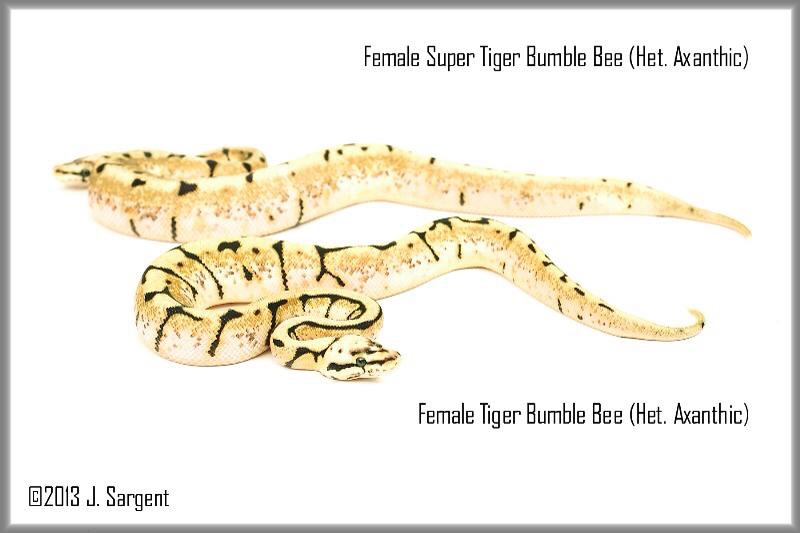 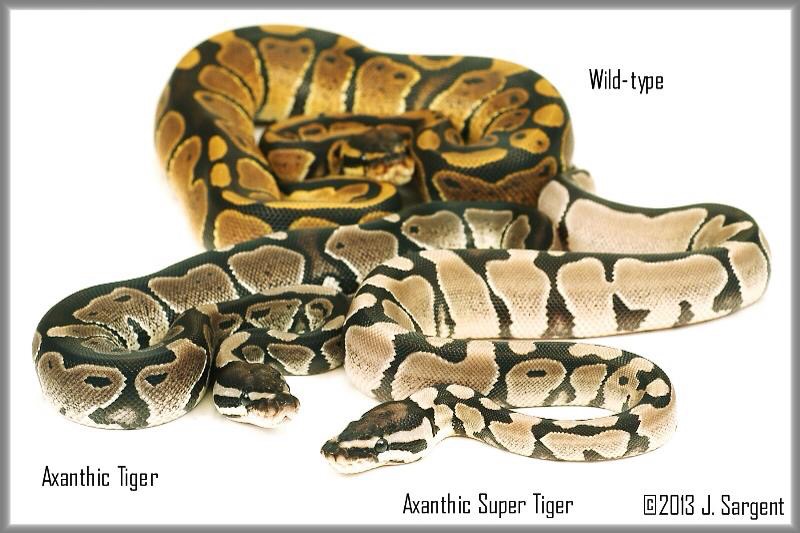 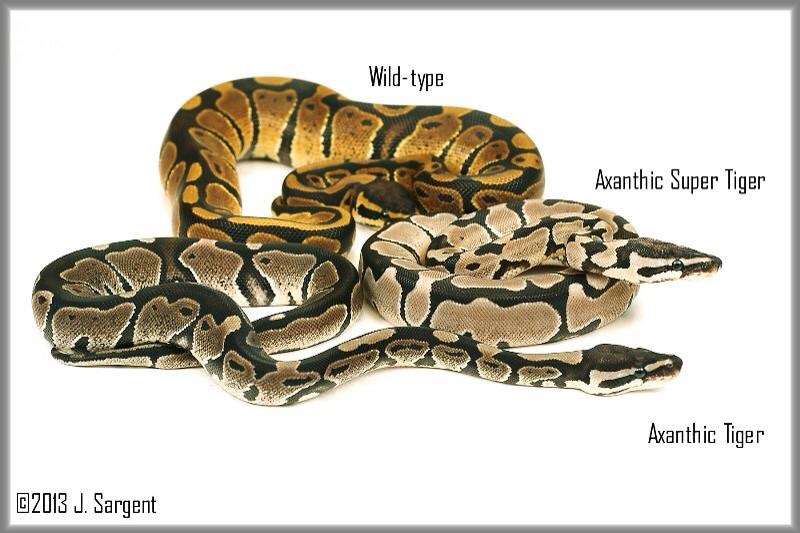 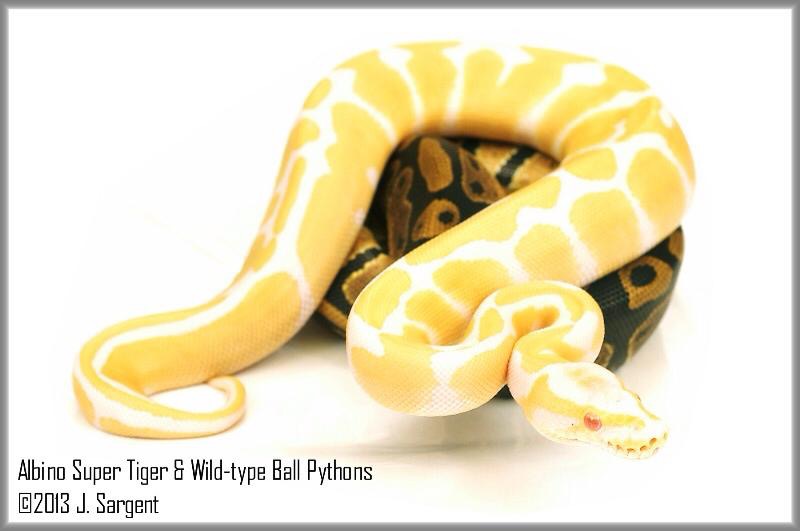 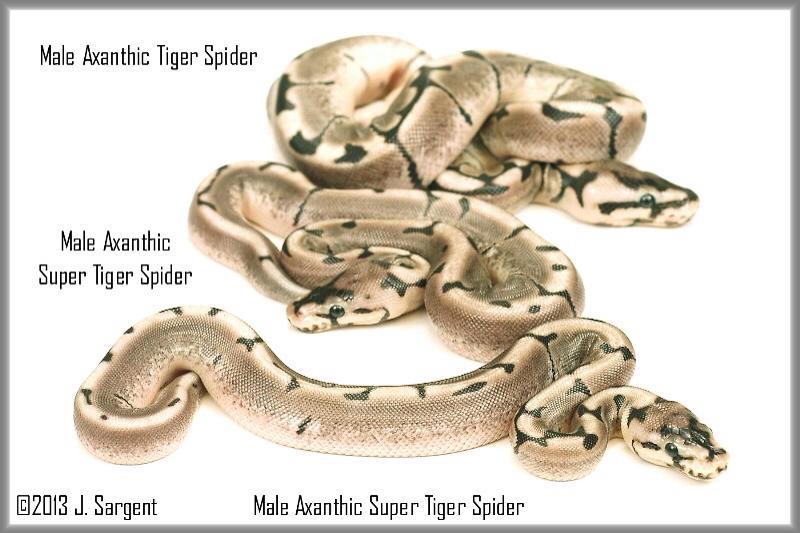 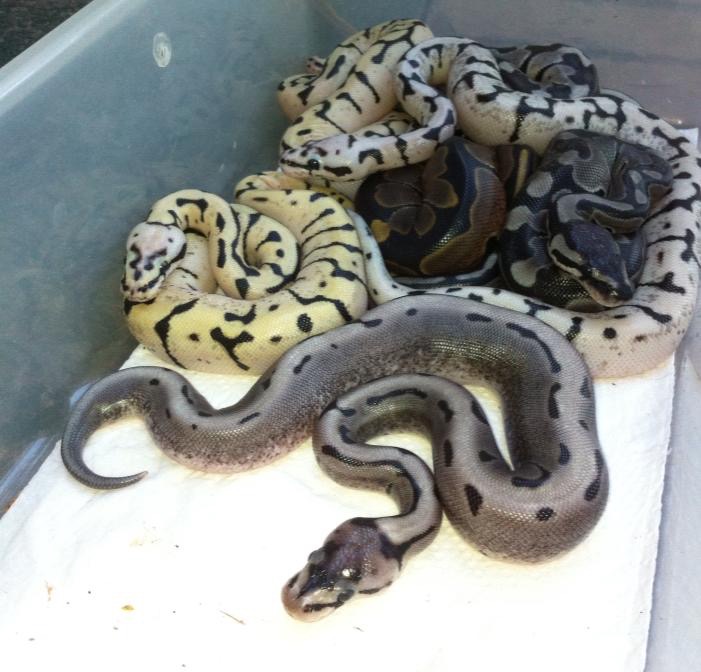 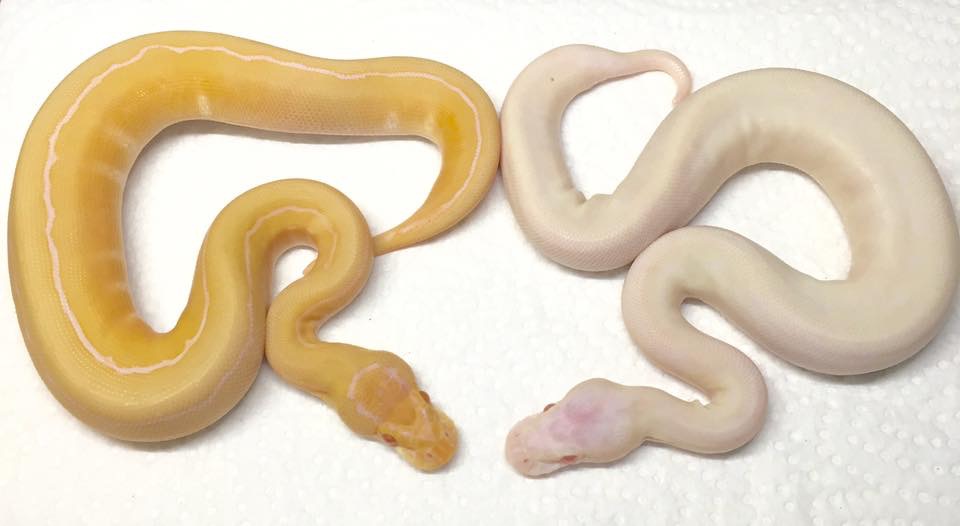 And if my memory on that is correct then given Michael was using this name before Desert was even recognized as a morph and also given that Desert has seriously dropped in popularity I think the use of Tiger for his animals makes sense.

Given jolliff stated the gene name before the combo name was given I believe he should have the right on that alone. Second, I think base gene names give priority over combo names ( given I dont really like combo names either and eventually we will run out).
If blade is on morph market, pretty sure it is, then the tiger gene should definitely be added!! There is more then enough proof here that it is real and passes!

The confusion is real, except for old school people that were around at the time of the Jollif Tiger, you do not see many of those and while I have Jolliff Stocks as well in my Albino from Will Bird but I simply sell them as nice reduced pattern Albino to avoid a long drawn out explanation and history course between the Jolliff Tiger and Tiger (Enchi x Desert) from Chad Brown

It was an unfortunate choice of name knowing that the Tiger was already around but nothing can be done about that, what is even more unfortunate his that the name stuck but not the project since the issue with the Desert.

Unfortunately names tend to confuse people, you even see people being confused with the Desert and Desert Ghost.

As far as MM what I would do is add Jolliff Tiger in the list of Morphs I believe this will be enough, if people see to similar names I would expect them to dig and research a little further just like they would if they see Desert Ghost and know it has nothing to do with a Desert.

So, the Joliff Tiger, Genetic Banded, and Blade are all considered different genes?

I have an older Genetic Banded female in my collection that I acquired from Dr. Scott Stahl. I never saw this gene mentioned online until Will Bird started advertising his banded albinos. I bred her to an Enchi in hopes of intensifying the banded look but I was unable to determine if that actually happened. I still have one of those offspring but never had the desire to breed him back to the original female.

Then the Blade Clown got popular for a minute. Since people were successfully separating the Blade gene from the Clown gene and then making Super Blades, it was a guarantee that it was its own gene. But I always wondered if the Genetic Banded and the Blade were the same?

That would probably keep confusion to a minimum

A. Jolliff released the Tiger gene long (years and years) before the Tiger combo - in fact, I remember making a comment to someone that the Enchi/Desert combo only got away with being called Tiger because Jolliff’s Tiger gene was largely unknown.

B. Everything involving the Desert gene in it is dead, as far as I’m concerned, and I think a lot of peopel feel the same. Very few people working with it anymore, and those who are probably aren’t taking it very seriously.

C. The name of a base gene that was proven and named prior to a combo should always take priority anyway. Just because someone naming a combo didn’t know Jolliff had already taken the Tiger name, and it turned out to be a popular combo, doesn’t nullify Jolliff’s rightful claim to it.

Well this is not something we will have to worry about with the Desert no one works with them anymore (for the obvious reasons) so we are not about to see anymore Desert Combos, however Desert Ghost Ghost have been made already (also ghost is really the wrong terminology too which is a whole other debate)

Jolliff Tiger it is! At least for now. Maybe we’ll phase out the Tiger combo later.

Interesting problem and a good solution.

Mikes Tiger came way before the desert combo was hatched, but having your last name prefixing it sounds priceless.

Do you guys and gals think we should remove ALL the aliases for the desert gene? This includes tiger, egypt, golden rod, metallica, kalahari, phoenix, and white tiger.

All of my founder animals from this line came directly from Michael. This subject has pissed me off for almost 20 years now. There was total confusion from people everywhere. After trying to explain it to about ten different potential buyers I changed what I called mine just so buyers would not be confused. But it was not right what I went through and what Jolliff went through with this. It sure would be nice to resolve this so I could start calling my snakes Tigers again instead of Genetic Banded. This gene is a color enhanced and a pattern reducer, and it is absolutely killer when combined with other morphs. It is so awesome that I have refined it for 20 years now and am over 5 generations in. Ever generation gets more colorful and has more and more pattern reduction. People who are not working this gene into their projects are missing out bigtime. In addition to what Michael has already shown you should take time to look at what I have done with it. These TIGER Albino Pieds are UNREAL!! Will Bird

Tiger has always been Joliff banded to me, the only confusion should be with the desert Enchi combo. One way to set precedent and to disambiguate would be to call joliff Tiger, joliff Tiger or tiger gene or simply Tiger while simultaneously calling the desert Enchi combo Desert Enchi! Notice how I have no ambiguous pseudo name for this stacked combo and here he is more suitably known as FISHCAT FISHCAT

You’ll see them from me for the next 20 years

but I’m an exception!

I’m part of the “no one” still working with PE Desert.

It’s crazy to me that the entire community hasn’t embraced the gene, but I don’t mind being one of very few using it.

Phoenix is a DG compatible recessive trait, so…